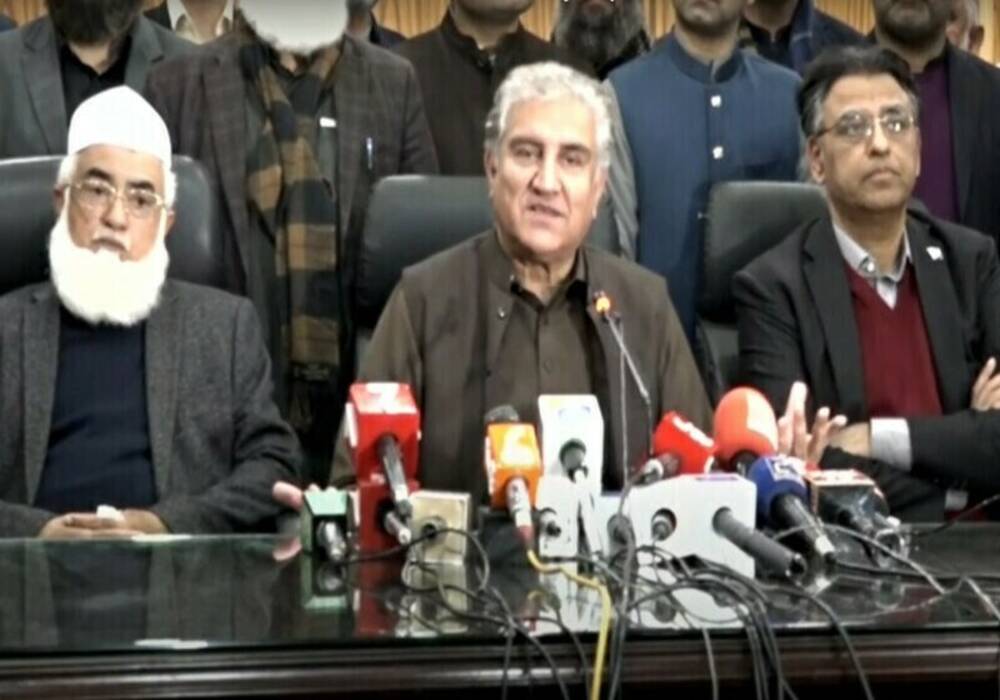 Former PML-N lawmaker Pir Aminul Hasnat Shah – a renowned political figure in Central Punjab – announced on Saturday that he has joined the PTI.

The development was made public in a press conference by PTI leaders Asad Umar, Shah Mahmood Qureshi, Fawad Chaudhry and Hasnat in Sargodha’s Bhera city.

While announcing his decision to switch allegiances, Hasnat said that over the years “a number of reasons kept coming up [to leave PML-N] and then a few things came to light”.

He went on to say that Qureshi was a highly respected person in his family. “We always look up to him as the head of the family.”

“I pray that my upcoming journey of life and politics will be spent in a good manner so that no one has any complaints when [I’m] going,” he added.

Meanwhile, introducing the new party member, Qureshi said that he shared “spiritual and cordial” relations with Hasnat’s family for a long period of time.

“He has both the political and religious experience that adds to the list of his services for the country,” he added.

Umar, on the other hand, expressed hope that Hasnat’s addition will help the party strengthen its political hold in the region around Sargodha and other areas of Central Punjab.

Chaudhry welcomed Hasnat and said in a tweet, “Pir sahab and his family has influence across Pakistan, including Sargodha and Rawalpindi divisions, and overseas as well.”

Separately, in an interview with BBC Urdu, Chaudhry said that five to six more PML-N leaders were expected to join PTI soon.

The move comes as both PML-N and PTI prepare for elections in Punjab following the dissolution of the provincial assembly.

Last week, the Punjab Assembly (PA) stood dissolved as PTI Chairman Imran Khan has vowed to disassociate himself from the “current corrupt political system” by quitting the two assemblies where he is in power.

A caretaker CM has not yet been appointed in the province due to the deadlock between the government and the opposition.