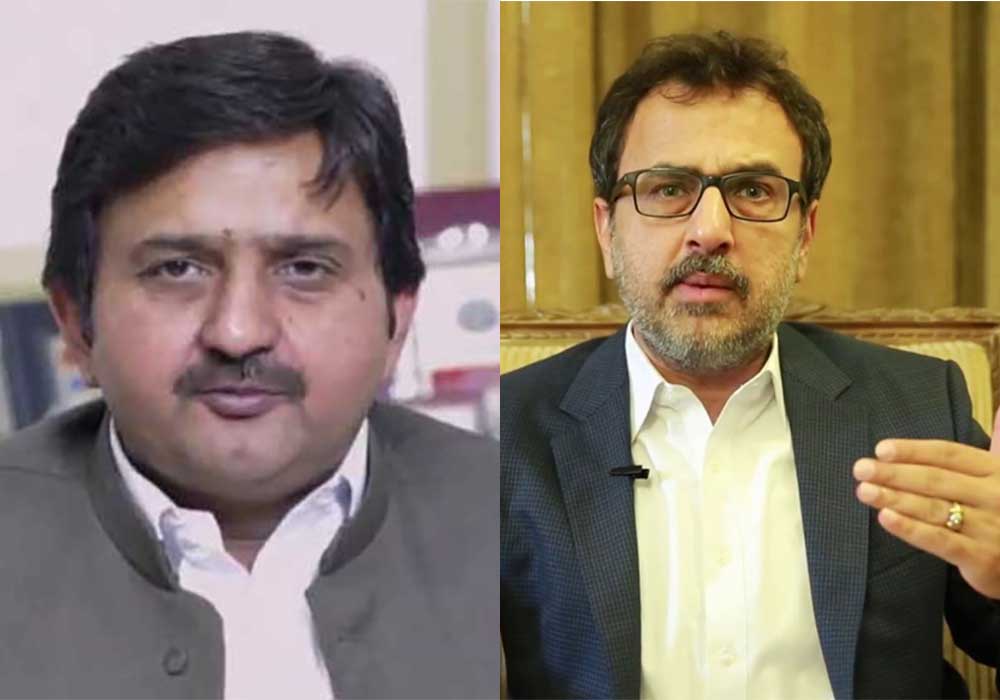 Pakistan Muslim League-Nawaz (PML-N) ministers continue to submit their resignations even after Eidul Azha to take part in the election campaign of much-hyped by-polls in Punjab scheduled for July 17.

On Tuesday, one of the key members of Hamza Shehbaz’s Punjab cabinet, Malik Ahmad Khan, resigned as a provincial minister. He was holding the most important portfolio of law and parliamentary affairs that is considered the second most powerful office in Punjab after the chief minister. He resigned to actively take part in the election campaign of PML-N for the by-polls scheduled for Sunday on 20 provincial assembly seats. “[The] chief minister has seen and is pleased to advise the governor to accept the resignation of Malik Muhammad Ahmad Khan from the position of provincial minister in terms of Article 132 (3) read with Article 105 of the constitution of the Islamic Republic of Pakistan,” said the notification issued by the CM’s Secretariat on Tuesday.

According to sources, he has been tasked by the party with running the election campaign in Lodhran, Layyah, Bahawalnagar and Multan.

Earlier, provincial ministers Sardar Awais Khan Laghari and Kh Salman Rafique and federal minister Sardar Ayaz Sadiq resigned to participate in the election campaign. It was also confirmed by Home Minister Atta Tarar, who said that both Sardar Ayaz Sadiq and Kh Salman Rafique resigned to participate in the election campaign of PML-N candidates. Laghari was holding the portfolio of finance, while he was also looking after the affairs of the Local Government Ministry.

Former National Assembly speaker Sardar Ayaz Sadiq was serving as federal minister for economic affairs. Kh Salman Rafique was looking after the affairs of the Health Ministry of Punjab.

It is pertinent to mention here that Ayaz Sadiq is an MNA from the constituency of Lahore where by-elections of PP-158 are being held. A close contest is likely between PML-N’s Rana Ahsan Sharafat and PTI’s Mian Akram Usman in PP-158.

It is the constituency from where PTI’s Aleem Khan contested one seat each in National Assembly and Punjab Assembly. He lost the NA seat to PML-N’s Ayaz Sadiq but managed to clinch the provincial assembly seat by defeating Rana Ahsan of the PML-N. Both Imran Khan and Maryam Nawaz have addressed a public rally in the constituency.

Aleem Khan enjoys a good vote bank in the constituency but he isn’t campaigning actively for the PML-N candidate and therefore the party has assigned the task to Ayaz Sadiq and Kh Salman Rafique. It is worth mentioning here that the PML-N had lost PP-158 in two consecutive elections in the past and therefore the party is focusing here to avoid any embarrassment this time.

PML-N stalwart Kh Saad Rafique also visited the constituency on Monday. He went to the shrine of Bibi Pak Daman which falls in the constituency to review the construction work going on at the shrine. As per the rules of the Election Commission of Pakistan, ministers cannot take part in the election campaign of any candidate and therefore the PML-N is getting resignations from its ministers to run an effective campaign.

Sardar Awais Laghari, who is also PML-N’s general secretary of the Punjab chapter, resigned to participate in the campaign for the by-polls of South Punjab. It should be noted here that by-elections on eight seats are scheduled in South Punjab’s districts of Bahawalnagar, DG Khan, Muzaffargarh, Layyah and Multan, and Laghari will be campaigning here during the next three days.

According to political pundits, the electrifying campaign by PTI Chairman Imran Khan in the by-polls has compelled the PML-N to field its ministers in the arena. Although Maryam Nawaz is leading the campaign of the PML-N, it seems that she isn’t sufficient for this uphill task as it is going to be a make-or-break election for the Punjab government being headed by her cousin Hamza Shehbaz.