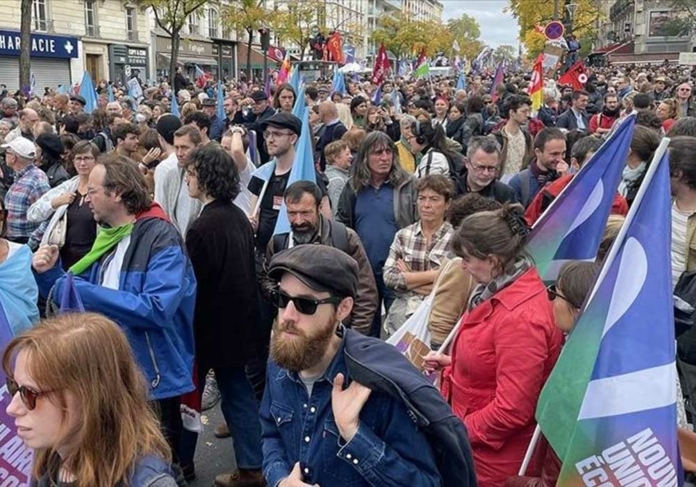 According to an Anadolu Agency report, not only workers from the refineries and power sector are striking, but all professionals are.

On Tuesday, employees of the French railway SNCF also confirmed their decision to join the strikes.

Deputy Transport Minister Clément Beaune stated that the planned strikes are expected to cause “severe disruption” to train services, with up to “one in two trains” affected in some regions.

Earlier, the biggest secondary schools union, Sne-FSU, declared on its official site that it will participate in the General Confederation of Labour (CGT)-led general protest across France to claim a pay rise in the face of global inflation.

As a result, many secondary schools, high school, and university teachers, students, and other employees were marked absent on Tuesday.

The health sector union, CFDT-Santé, also called for 200,000 workers in private practices and nursing homes to go on strike “to negotiate a new classification and dignified pay”.

According to Monday’s press release, the Confederation paysanne de Maine-et-Loire, a farmers’ union in the Pays-de-la-Loire region, has also called on its members to participate in the income demonstrations.

France is currently in a very unstable state with the energy crisis and the current wage demonstrations.