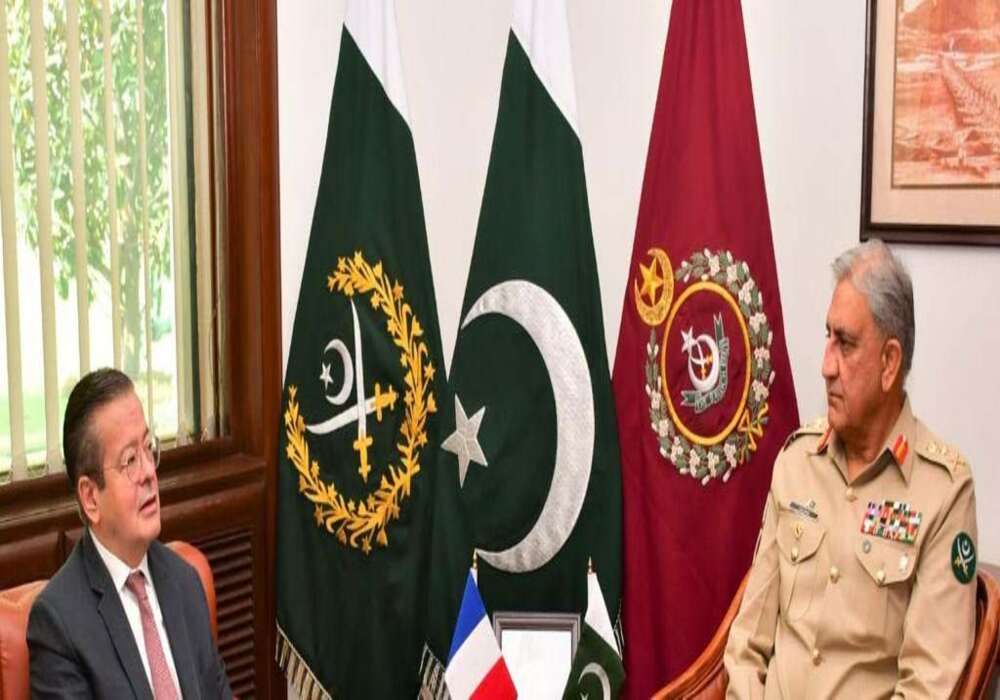 According to Inter Services Public Relations (ISPR), during the meeting matters of mutual interest including defence and security cooperation and overall regional security situation were discussed.

ISPR’s press release has also stated that the COAS said that Pakistan values its relations with France and we earnestly look forward to enhance mutually beneficial multi-domain relations based on common interests. Both reiterated the desire to further enhance bilateral relations in all fields.

The ambassador expressed his grief over the devastation caused by floods in Pakistan and offered sincere condolence to the families of the victims.

Ambassador also appreciated Pakistan’s efforts for regional stability and pledged to play his role for further improvement in diplomatic cooperation with Pakistan at all levels.