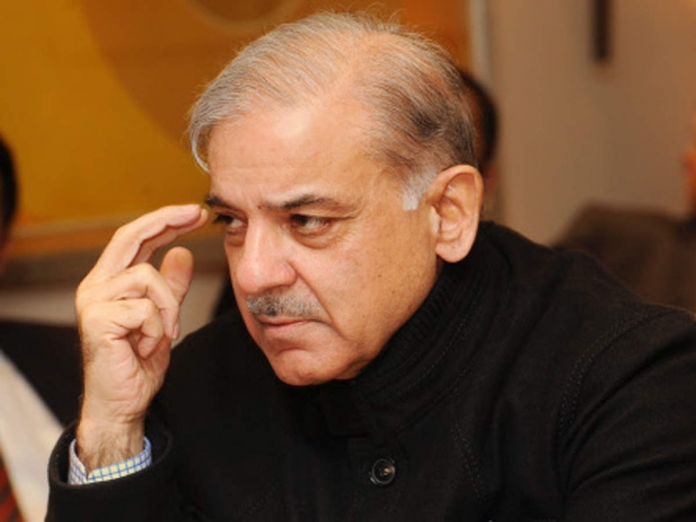 Prime Minister Shehbaz Sharif moved two applications before an accountability court for exemption from personal appearance in Ramzan Sugar Mills (RSM) reference, making a request in the first one that he was an old man, severely ill and was a cancer survivor and therefore could not turn up before the court, and taking grounds in the second plea that he had to discharge his constitutional duties being the chief executive of the state.

The requests made by Prime Minister Shehbaz Sharif came to light in a written verdict released by an accountability court in Lahore in ACR 19/2019 on Saturday.

According to the verdict, Shehbaz Sharif in his first application took a plea that “he was abroad, and the main grounds advanced for exemption from personal appearance from his old age (67 years), having suffered left side sciatica pain since 1994, desiccation of disk with Retrolisthesis at L-5-SI, cancer survivor and number of other diseases”.

The judge granted exemption to incumbent Shehbaz on January 17, 2020 on the said grounds, besides considering that the absence of the accused would not cause any prejudice to the case of the prosecution.

In the second plea, which he filed recently after becoming the prime minister, Shehbaz said, “He has to discharge the constitutional obligations as prime minister of Pakistan and therefore it will not be possible from him to attend the trial on each and every date of hearing.”

Shehbaz also pleaded that no prejudice would be caused to the case of the prosecution, nor the proceedings before the court would be hampered due to his absence, as he would be represented duly by an authorised pleader in the case.

The National Accountability Bureau (NAB), however, opposed his latest plea for exemption from personal appearance in the case, saying that “the application is misconceived and an attempt to hamper the proceedings of the trial”.

The anti-corruption watchdog also said that the accused-petitioner did not point out any “lawful ground” for exemption from personal appearance, pleading that an application under Section 265-K CrPC moved by Shehbaz Sharif was being delayed on one pretext or the other.

“Therefore, the accused/petitioner is not entitled for exemption from personal appearance,” the NAB said.

Accountability Court judge Muhammad Sajid Ali accepted his plea and said “the personal attendance of the accused (PM Shehbaz) is dispensed with during trial of the said reference”. The judge also allowed Advocate Muhammad Nawaz Chaudhry to represent the accused before the court.

The court held, “It is relevant to note that he [PM Shehbaz] has regularly been attending the trial since January 26, 2021, after his arrest and release in the other reference, in spite of the fact that he has been exempted from personal appearance, and above all his absence will not hamper the trial, because he will be represented by a pleader.”