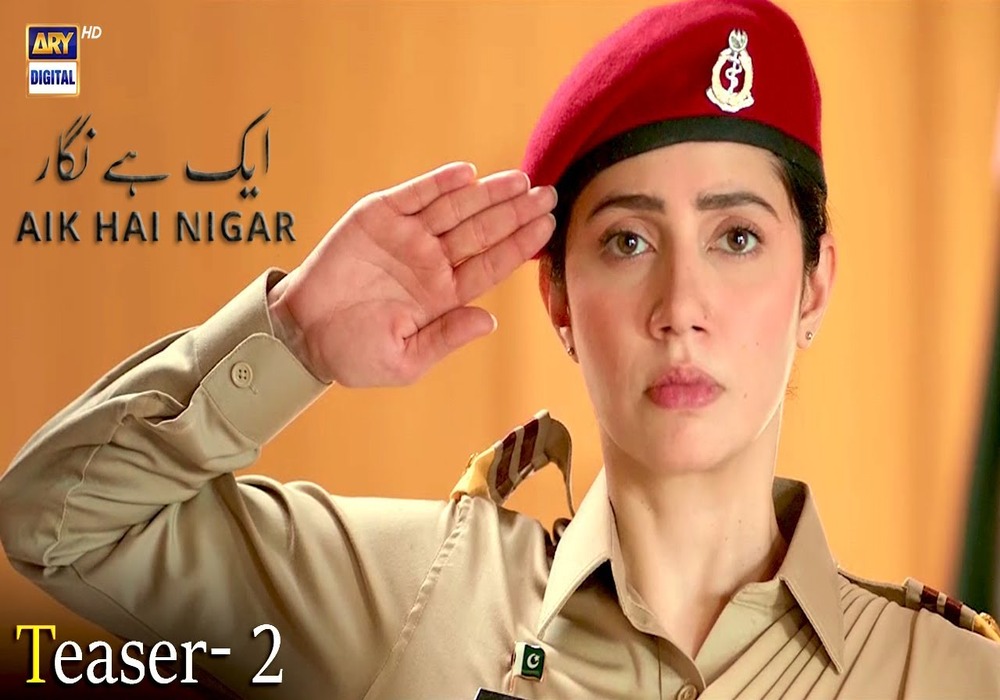 Mahira Khanâ€™s dedication towards her work is something one cannot eschew. From Humsafar and Shehr e Zaat to Sadqe Tumhare and Hum Kahan Ke Sache The, Khan has always taken care not to settle down for the ordinary, but has chosen the best of scripts and infused magic into them with her conscientious performance. An example of it is one of the episodes of her currently running serial on HUM TV, the prison scene of which took social media by storm after the actressâ€™s breathtaking performance of an innocent woman accused of murder.

It is a co-incidence that Mahira Khanâ€™s latest telefilm Aik Hai Nigar just got released a day before Pakistan and Indiaâ€™s T20 cricket match. Aik Hai Nigar, which premiered on ARY Digital on October 23, starred the film and television actress in the titular role of Nigar Johar, Pakistanâ€™s first female Lieutenant General. Not only this, but Mahira Khan also co-produced the telefilm along with Nina Kashif. Besides, in all of the photos from the BTS shared by Mahira Khan prior to the release of the telefilm, Khanâ€™s earnestness and dedication towards Aik Hai Nigar was quite prominent, clearly exuding her love and respect for people who have worked hard to give name to the country. 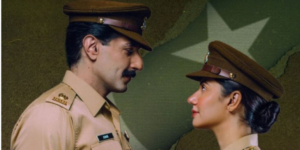 Aik Hai Nigar won a lot of admiration from the fans for a quality script by Umera Ahmad and a phenomenal performance by Mahira Khan. To add to the patriotism that was already running on screen, Pakistan won the T20 match against India the very next day, resulting in the addition of another country-love story on Mahira Khanâ€™s Instagram account. Along with multiple posts from fans and bloggers praising the actress, Khan shared a photo of Pakistanâ€™s cricket team and added the following caption along, â€œSo so so so proudddd!!!! Boysss played like champs. This is historic. Onwards and upwards! InshaAllah!â€ 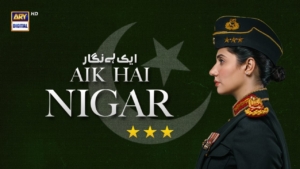 Khan ended the caption with a sticker of the countryâ€™s green flag coupled with a heart, expressing her love for Pakistan and its cricket team which has made the entire nation proud.

On her Twitter account as well, Khan retweeted quite a lot of statuses and photos all praising the Pakistani cricket team.

This isnâ€™t the first time that Mahira Khan has expressed her deep veneration for Pakistan. Time and again, the actress exhibited it and also made Pakistan proud by representing the country on multiple platforms. 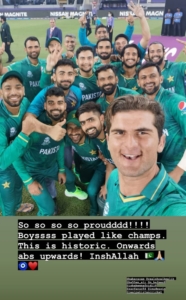