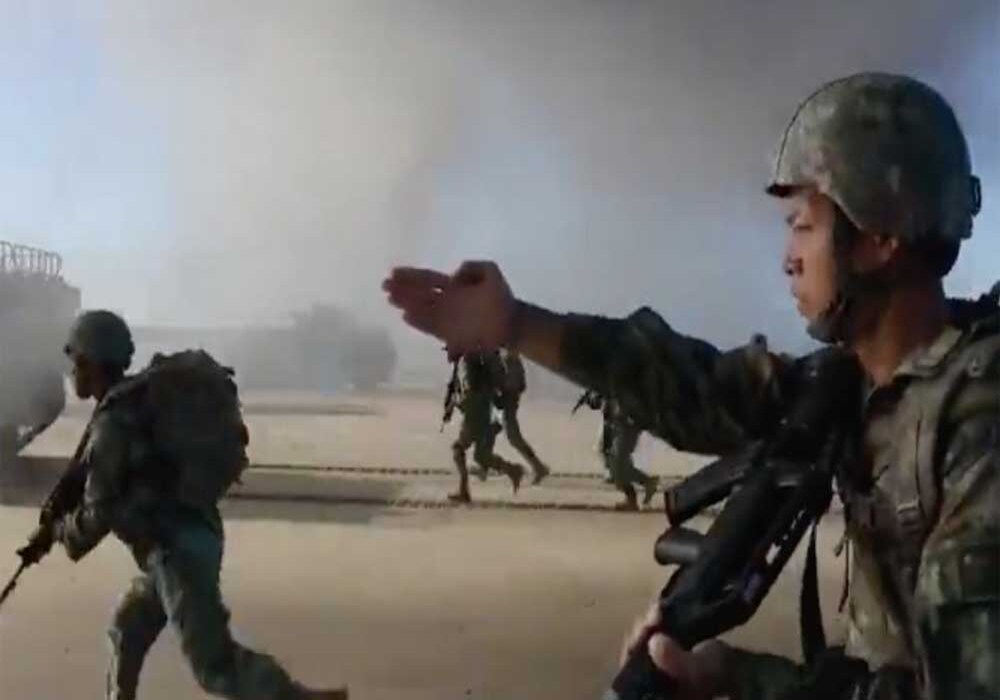 China, in an apparent retaliation against the visit of US House of Representatives Speaker Nancy Pelosi, has geared up for military exercises extremely close to Taiwan’s shores whereas a defiant Taiwan president hosts Pelosi.

Pelosi landed in Taiwan on Tuesday despite Chinese warnings. China in response called on the US ambassador immediately and warned of extremely serious consequences, finally announcing military drills around Taiwan.

Taiwanese President Tsai Ing-wen said that Taiwan will not back down and would continue to hold the line of defence for democracy. She thanked Pelosi for concrete actions taken showing support at a critical moment.

Nancy Pelosi is the most high-profile US official to visit Taiwan in 25 years.

Speaking at the event with Tsai, she said that the US delegation had come to Taiwan to make unequivocally clear that the commitment to Taiwan would not be abandoned. She has already said that the visit was meant in friendship with Taiwan and peace in the region.

Biden administration has also said that the policy of the United States towards Taiwan remained unchanged.

Immediately after Pelosi’s military aircraft landed in Taiwan, the Chinese foreign ministry summoned US Ambassador Nicholas Burns. Chinese Vice Foreign Minister Xie Feng had told him that the visit was extremely egregious with extremely serious consequences. He also had said that China would not sit idly by.

Pakistan has reaffirmed its long commitment to the ‘One China Policy’ saying that there is only one Chinese government.

Pakistani Foreign Office has stated that Pakistan supported China’s sovereignty firmly. It also said that the situation had serious implications for peace and stability in the region.