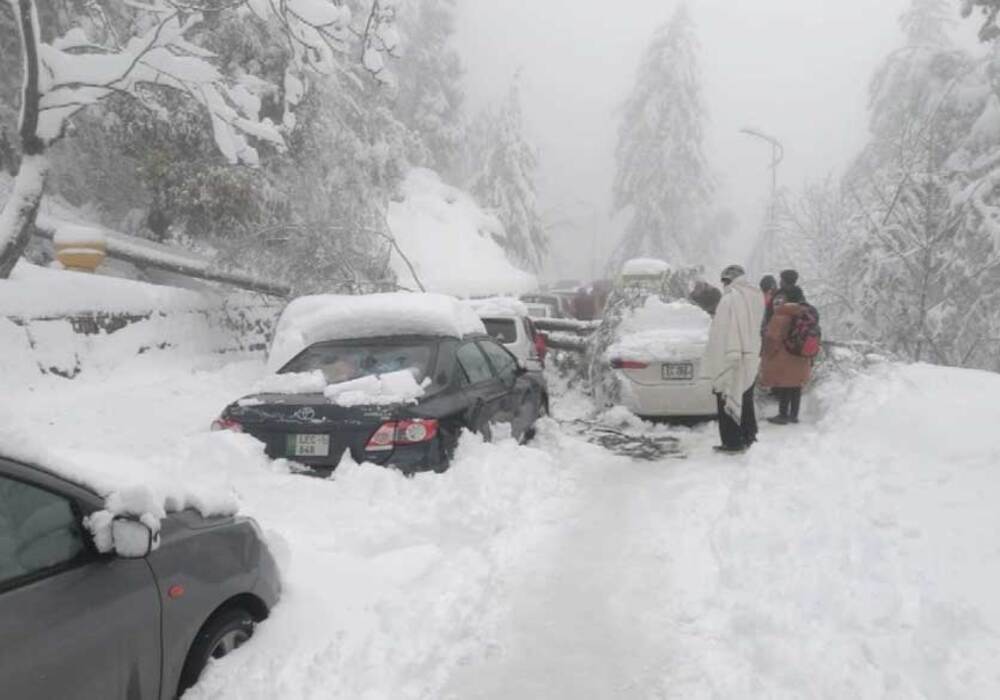 Accusatory fingers were pointed at the National Disaster Management Authority (NDMA) after dozens of people perished when they got stranded in their cars in a traffic jam caused by massive snowfall in Murree and Galiyat.

As many as 21 people died in their vehicles in Murree due to heavy snowfall in the region, prompting the federal government to deploy the Pakistan Army and other civil-armed forces in the area to provide aid a day ago. Routes leading up to Murree were also left blocked after thousands of vehicles entered the hill station leaving hundreds and thousands of tourists stranded on the road.

Several have started questioning the efficacy of the NDMA in dealing with the crisis in the aftermath of the civilian deaths.

Journalist Rauf Klasra said that the NDMA had a large budget but had failed to respond to the tragedy in Murree. He said it was time NDMA ‘woke up’ to see the brewing crisis.

Once there was National Disaster Management Authority ( NDMA).. with massive budget at its disposal.Can anyone spot or wake up its chairman,officers/officials in hour of need when a terrible disaster has hit tourists in Murree.A human tragedy is in the making sir.Wake up @ndmapk https://t.co/5J4SK7Ji9X

Another journalist Mehtab Haider wondered why NDMA was unable to save tourists who were mere 40 kilometres away from the capital, despite having helicopters to do so.

Why we had established NDMA if they are unable to rescue stranded tourists just 40 km away from Isb? How much helicopters NDMA possessed? Who failed to provide rescue?

Awami Workers Party General Secretary Khurram Ali said that the NDMA was accountable for the Murree incident, but the authority was engaged elsewhere in money minting projects like road constructions in Karachi’s neighbourhoods.

NDMA should be one taking the responsibility of the tragic incident that took place in Muree but they are busy making money through various projects like the project of 30 ft road construction at Gujjar, Orangi and Mehmoodabad.

Dr Umar Aftab Butt said only NDMA was to blame for the tragedy and that those responsible in the institution should be brought to justice.

Neither the tourists are responsible nor it's the locals who should've done this or that, it's a governance disaster. Heads should roll in NDMA and local administration.

One user was horrified at the rescue operation and questioned where the NDMA was as well. She wondered why no proactive measures were taken considering inclement weather, suggesting that this was not the first time there was an influx of tourists in Murree.

Another said that NDMA should be tried for its “criminal negligence” as treacherous weather was natural but the rescue response in human hands was insufficient.

Many also pointed out that the NDMA was de facto run by the Pakistan Army as its top administrators were retired army officials, who failed to respond in a timely manner. Defense analyst Alia Khan, while appreciating foot soldiers for their rescue efforts, said that the ‘army-led NDMA’ did not plan ahead of the crisis.