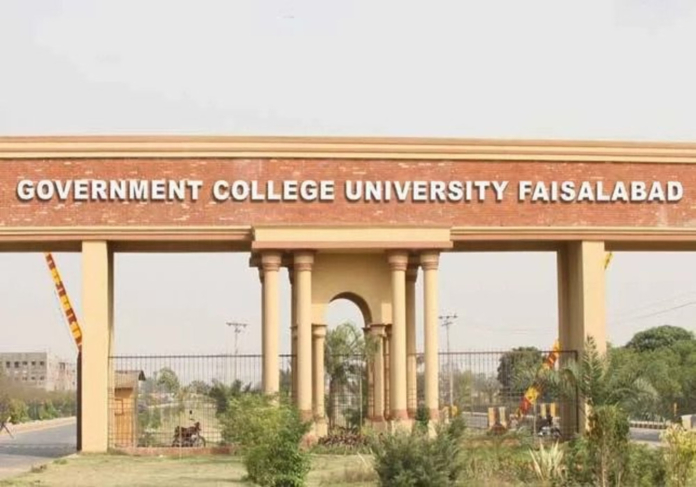 Government College University Faisalabad got the honour of being included in the 600 best universities around the world while it got the second position among universities across Pakistan.

According to the released ranking, Government College University Faisalabad performed best on the established standards: 16.8 in teaching parameters, 13.1 in research, 99.9 in referencing process, 39.5 in industrial funding, and 45.4 in international outlook, and for this excellent and outstanding performance, it won the honour of 600 best universities around the world.

Government College Faisalabad was registered as a University in 2003 and became Government College University and since then, this educational institution has established a distinct identity in terms of higher education, research and at this time, the youngest universities in the world have also set a record of being included in the 600 best universities in the world.

The faculty members congratulated Vice Chancellor Dr. Shahid Kamal on the inclusion of Government College University Faisalabad in the 600 best universities around the world. And said that he took charge of his post in November 2019 after which the performance of the university improved significantly due to his special focus on the promotion of higher education and research. And today, after a very short time, the university has become the top second university in Pakistan and the best university in Punjab, while being included in the best 600 universities around the world is no less than an honor.

Vice Chancellor Dr. Shahid Kamal said that Government College University Faisalabad is a dynamic seat of learning aspiring to provide highly stimulating and conducive academic environments for quality research, formal education, and professional growth. In recent years, the university has achieved phenomenal success in research contribution and in improving the quality of education, resulting in the growing confidence of civil society and the business community of the region.

He further said that This University is striving for academic and cultural excellence by living up to the international standards of education. We offer innovative syllabi encompassing the latest trends and approaches in the field’s higher education. Our curricula inculcate creativity, objectivity, and critical thinking, impart values of commitment and singleness of purpose to learning and professionalism and promote confidence, adaptability, and high-level communication skills in students to ensure the success of our graduates in this highly competitive and challenging global world order.

VC Shahid Kamal said that we are for an interdisciplinary approach and social cohesion. We offer a wide range of courses in the fields of Natural and Physical Sciences, Information Technology, Engineering, Food and Home Sciences, Law, Pharmacy, Management and Business Sciences, Humanities, Social Sciences, Fine Arts, Bioinformatics & Biotechnology and Medical Sciences in addition to others to cater the diverse needs of social and industrial sectors of this region.