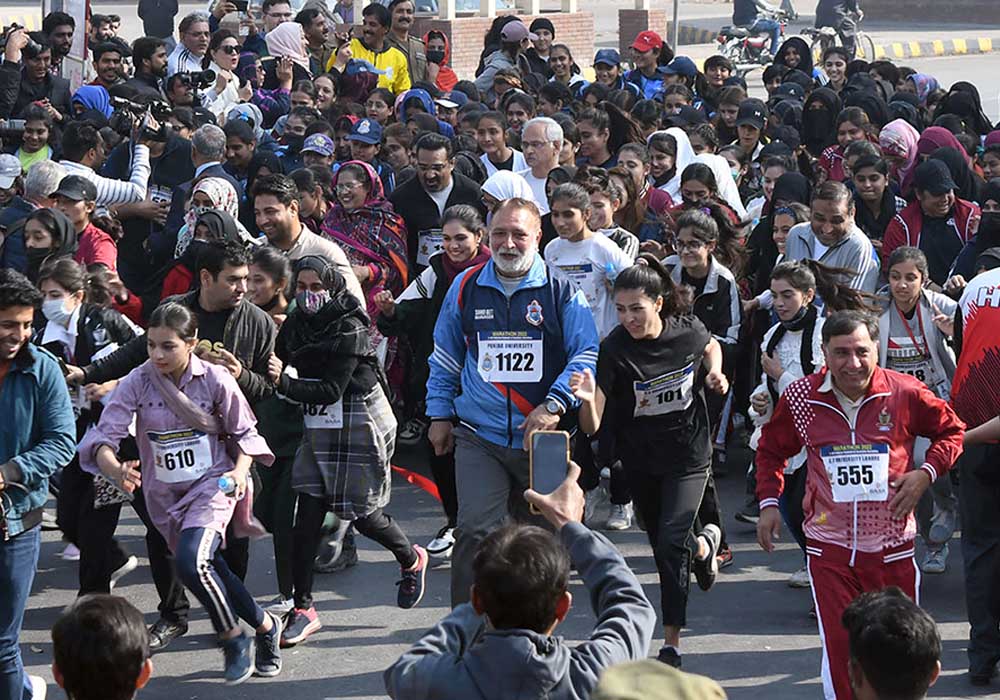 Hundreds of students from more than 25 universities across the country participated in a marathon on The Mall with the aim to promote peace, tolerance and justice.

Commissioner Lahore Muhammad Amir Jan flagged off the five-kilometre marathon, which started from the Governor’s House and ended at the Government College University (GCU), Lahore. This year, female students also participated in the marathon but for a shorter run of almost three kilometres, from GPO Chowk to the University’s clock tower. GCU Vice Chancellor Prof Dr Asghar Zaidi also participated in the marathon, and also finished the cross line.

Speaking on the occasion, Prof. Zaidi said: “From justice, I also mean climate justice, equal opportunities of education for all students, gender equality and women’s empowerment and equal economic, political and social rights and opportunities to all individuals.” He added that such healthy activities had an extraordinary ability to promote tolerance and understanding in students and they also play a vital role in their character building. He said he had seen many students encouraging and helping others to finish their race.

The vice-chancellor told the media that the marathon marked the opening of the week-long ‘All Pakistan Summit for Student Societies’, organised by the GCU in collaboration with the Punjab Youth Affairs and Sports Department, Shaoor Foundation, Superior University, British Council Pakistan and University of the Punjab.

Speaking on the occasion, Commissioner Lahore Muhammad Amir Jan said it was an amazing activity for the youth of the universities across Pakistan. He wished the participants in the race finish strong. Amir Jan also participated in the complete 5-km race, saying that “atmosphere and support of vice-chancellor and students kept me going”. A large number of senior faculty members of the GCU also took part in the marathon. 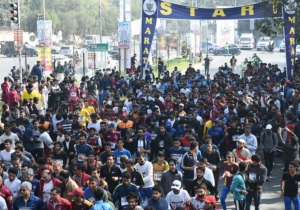 The first 10 winners of the race were awarded cash prizes. The marathon was followed by a grand march past of student societies at the GCU’s Oval Ground. Lahore Qalandars’ CEO Atif Rana brought the PSL Trophy to March Past. Besides debates contest, theatrical festival, essay and poetry writing competitions, painting exhibitions and music concert, the week-long events included discussions among leading experts, scholars and students on wide-ranging topics of contemporary relevance to higher educational institutions.