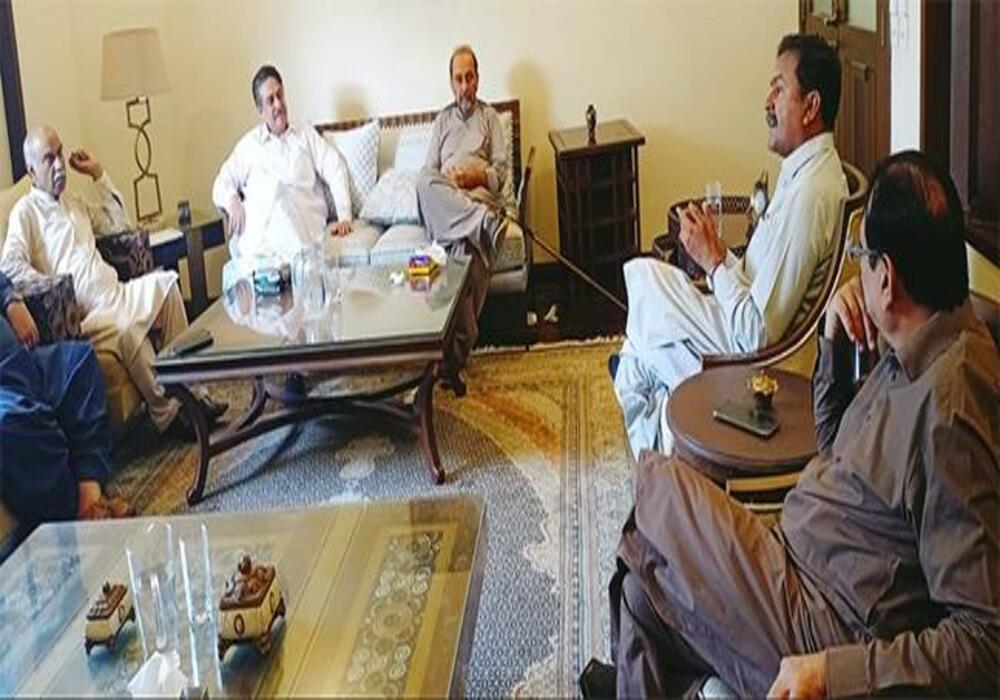 During the meeting, the leaders of both parties agreed to work together to safeguard the interests of the province and its people and resolved to resist any move to divide Sindh into two separate entities. Pir Sadderuddin Shah Rashidi and Jalal Mehmood Shah termed the formation of the seven-member -committee by the Speaker of the National Assembly Raja Pervez Ashraf under the chairmanship of Federal Minister Syed Khursheed Ahmed Shah to amend the Constitution for the formation of new provinces.

They termed the move by a PTI dissident Thari MNA Dr Ramesh Kumar Vankwani as another attempt to create hatred among the people of Sindh by tabling such a bill in the parliament adding they warned Mr Shah and Dr Vankwani to clarify their stances over their conspiracy against the sovereignty and the geography of Sindh. They made it clear that they would strongly resist such moves by people casting evil eyes on the map of Sindh. The leaders of both parties also discussed forging an alliance of like-minded parties and political forces in Sindh to give the tough to the ruling PPP in the province during the elections.

“The people of Sindh have been left to die of hunger and outbreak of the various fatal diseases after ravaging floods displaced them, “they said and added that it was high time to work jointly to rid of such inept rulers for the bright and prosperous Sindh. They alleged that PPP rulers were only interested to add injuries to insult and making money and were least interested to mitigate the unending miseries of the tens of thousands of families which were yet to be rehabilitated. The leaders also lashed out at the federal government for doing nothing for the people of Sindh and according to them, instead tried to exploit their miseries to mint money from international agencies. They said that the current state of affairs in the entire Sindh was a glaring example of the massive corrupt practices committed by rulers for the past 15 years.

They said that high time to go for the fresh elections in the entire country to seek the mandate of the people who had been groaning under the worst poverty due to rising inflation and price hike. They observed that the demand for general elections in the whole country was legitimate and constitutional demand keeping in view the alleged utter failure of the rulers of the country. Here it is pertinent to mention that Pir Sadderuddin Shah Rashidi, who is also the provincial chief of Pakistan Muslim League-Functional and the younger brother of Pir Sahab Pagara has been actively meeting with anti-PPP forces in Sindh in recent days. A few days back, he also held a meeting with PTI leaders including former Governor of Sindh Imran Ismail and others discussed with them the current political issues in the country and endorsed the demand of PTI leadership to hold fresh general elections in the country as soon as possible.