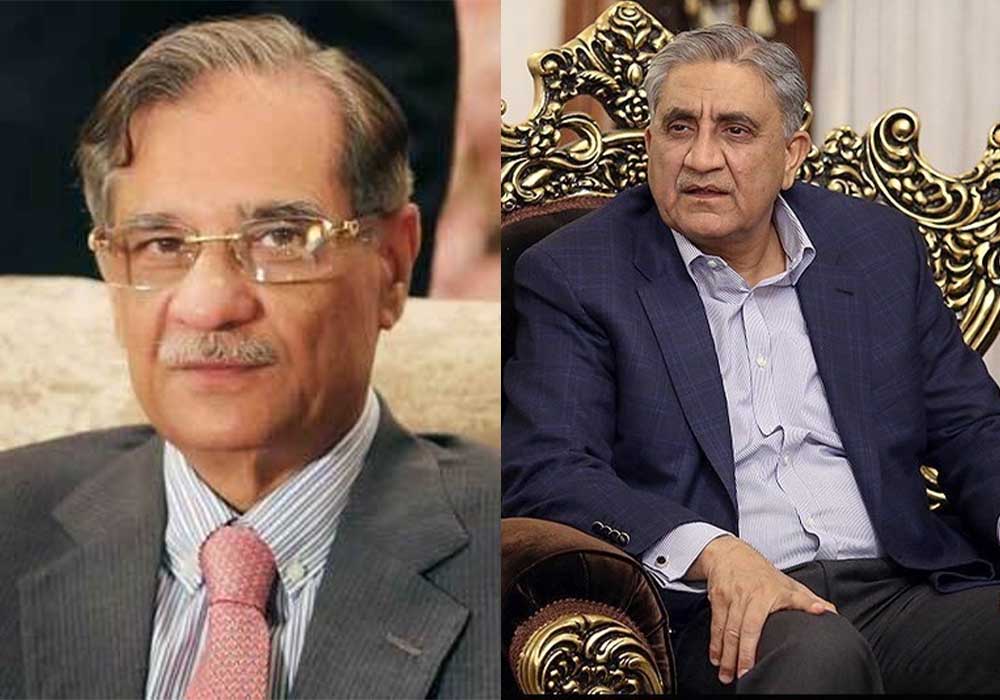 The former Chief of Army Staff Qamar Bajwa met with the former Chief Justice of Supreme Court Saqib Nisar at his residence in Garden town, Lahore earlier this week.

On being asked by Urdu News, ex-Chief Justice Mian Saqib Nisar confirmed that General Bajwa had come to meet him.

“He told me that he wanted to meet for a cup of tea, so I invited him,” said Nisar.

While talking about the purpose of the meeting he said that there was no specific purpose. After retirement Bajwa just wants to meet all contemporary officers of his era who are now retired.

According to early reports of the meeting, both discussed bilateral issues as well as political matters.

After his retirement, the former Chief Justice received a special invitation to a celebration for Bhasha Dam for which he collected donations in his era.

It is to be noted that General Retired Qamar Javed Bajwa and Justice Retired Saqib Nisar were last seen together at the Bhasha dam event.