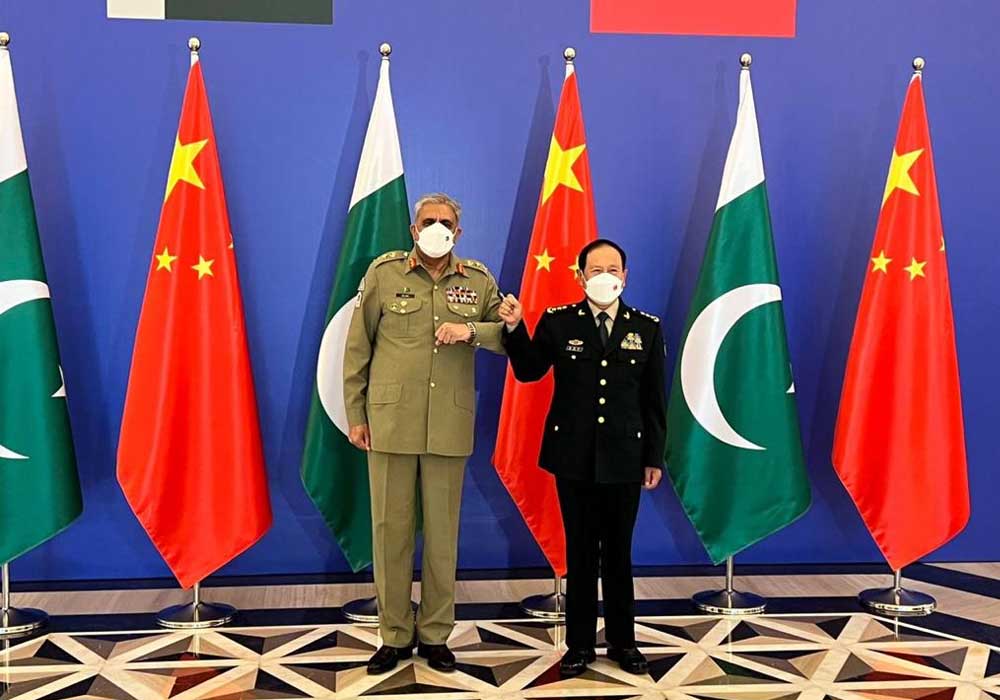 Chief of Army Staff (COAS) General Qamar Javed Bajwa is on an official visit to China for two days.

During the visit, the army chief called on General Wei Fenghe, the Chinese defence minister.

General Wei Fenghe said that China greatly valued its time-tested relations with Pakistan and its army and looked forward to further expanding this cooperation.

The Chinese defence minister also said that the development of CPEC was aimed at bringing more benefits and prosperity to the people of both countries and termed Pak-China military cooperation as an important pillar of bilateral relations.

The defence minister thanked General Bajwa for special measures taken for the provision of a safe and secure environment for CPEC projects in Pakistan and efforts towards regional stability. He expressed satisfaction over progress on CPEC and hoped for timely completion of the project.

He conveyed his grief over the devastation caused by ongoing floods in Pakistan due to climate changes and offered sincere condolence to the families of the victims.