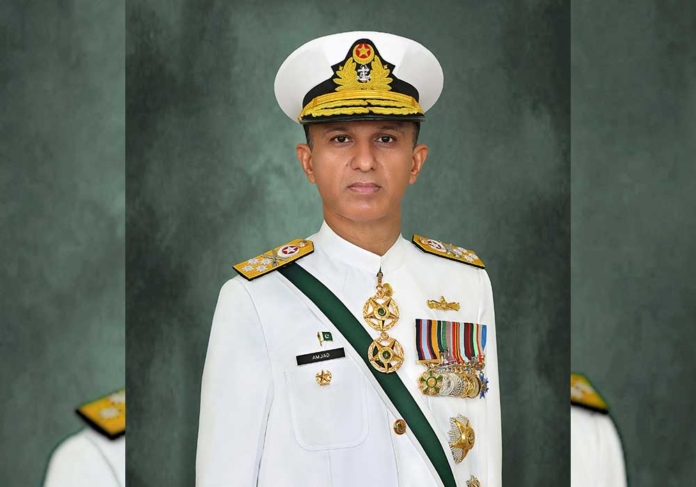 Addressing the course participants, the naval chief said, “Indian Ocean region is witnessing geopolitical changes of seismic nature and it adds to the responsibilities of Pakistan Navy.”

On arrival at War College, the naval chief was received by Commandant PN War College Rear Admiral Shifaat Ali Khan, according to a statement issued by the Pakistan Navy.

While addressing the course participants, the CNS highlighted evolving geo-strategic milieu and its interplay with prevalent security dynamics focused on maritime security challenges.

While focusing on threat perception, the naval chief underscored the Pakistan Navy’s capabilities to deal with this paradigm shift in combating traditional and non-traditional security challenges. He highlighted various initiatives and developmental plans in line with his vision for the Pakistan Navy to be a formidable regional maritime power. He also advised the course participants to instill the Pakistan Navy’s core value of faith, character, courage and commitment in their noble and demanding profession and draw inspiration from true Islamic values and the ideology of Pakistan.

Earlier, a panel of course participants presented their research paper. The admiral appreciated the efforts of the Pakistan Navy War College for inculcating professional staff and military training to officers of the Pakistan Navy, sisters services and friendly countries for assuming future key command and staff appointments.