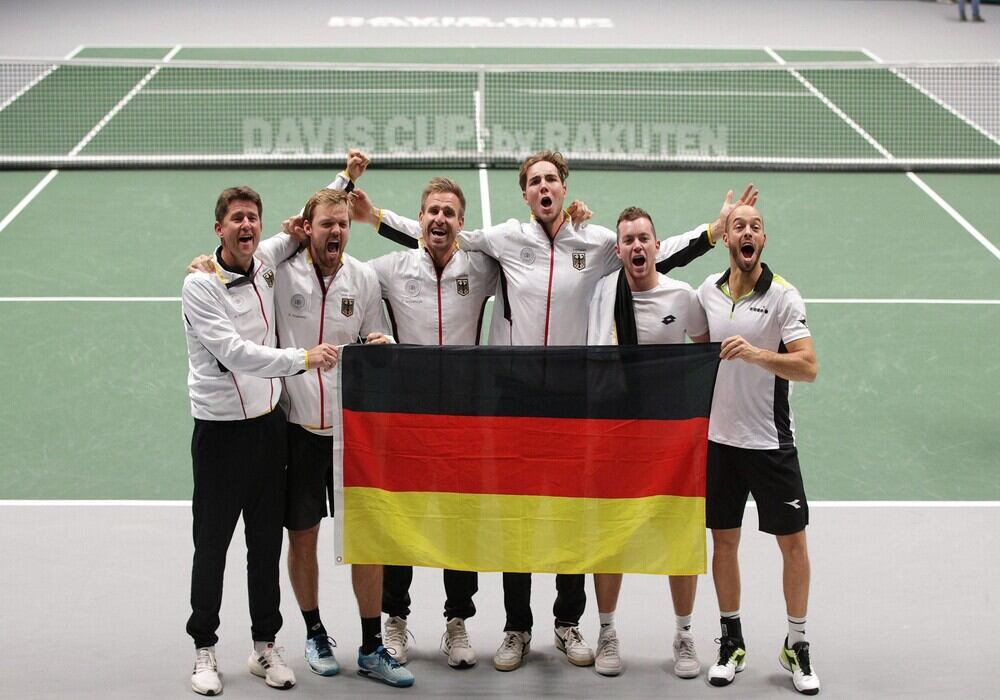 The Germans saved four set points in a tense opening tie-break in the decisive rubber in Innsbruck before edging in front. Salisbury and Skupski looked destined to force a third set after surging 5-0 ahead in another tie-break, but Krawietz and Puetz won the final seven points to book a clash with Russia or Sweden in Madrid on Saturday.

“It’s great, it’s an unbelievable feeling,” said German captain Michael Kohlmann. “We had super team chemistry. We had a tough loss today and on Sunday and this team is capable of getting over these unexpected things,” he added.

Dan Evans had swatted Peter Gojowczyk aside 6-2, 6-1 in just 55 minutes to give Britain, playing without brothers Andy and Jamie Murray, the lead. But Jan-Lennard Struff defeated British number one Cameron Norrie 7-6 (8/6), 3-6, 6-2 to pull Germany level at 1-1.

World number 51 Struff saved two set points in the opener and broke the 12th-ranked Norrie twice in the decider to set up a winner-takes-all showdown in the doubles.

“I’m very happy the way I played today, Cam Norrie is a very tough competitor, who is fighting very hard,” said Struff. “It’s tough – I had the feeling I had to put the pressure on him – I made it today,” he added.

Norrie fell 4-1 behind in the first set but broke twice and was serving for it at 6-5. Struff, Germany’s top singles player in the absence of Alexander Zverev, promptly hit back to take the set to a tie-break. Indian Wells champion Norrie led 6-4 only to see Struff reel off the final four points to snatch the first set. A single break earned Norrie the second set, but Struff kept Germany in the competition by closing out victory with four games in a row. Earlier, world number 25 Evans won the first four games of the match against Gojowczyk and broke five times to complete a convincing victory.