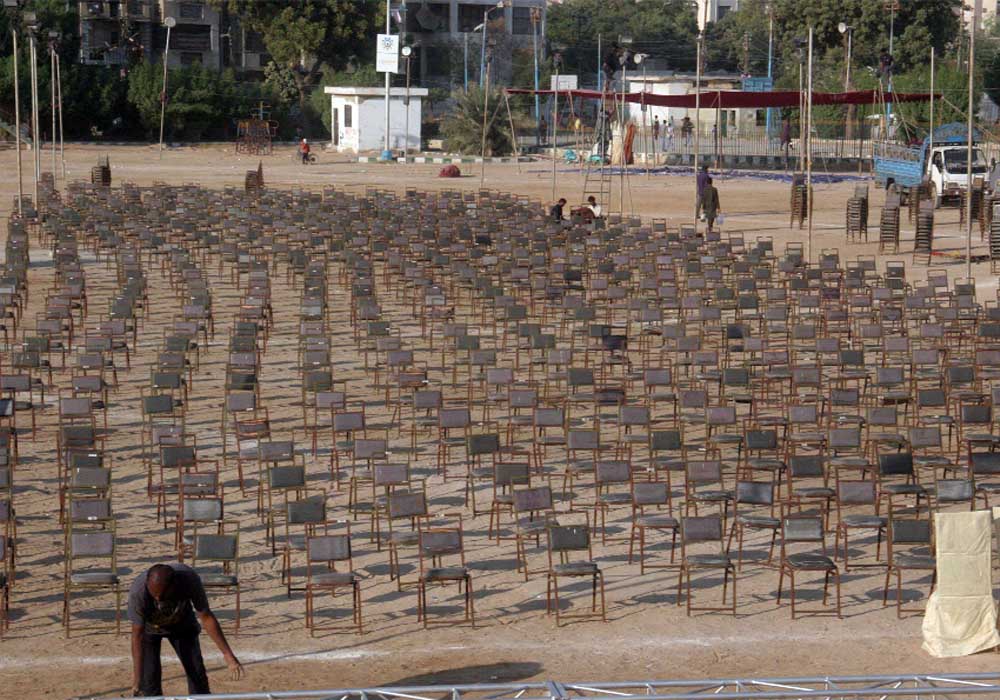 Sindh Labour Minister Saeed Ghani paid a visit to Nishtar Park on Monday to review arrangements for a public meeting being organised on November 30 to mark the ‘Youm-e-Tasees’ (anniversary of the foundation day) of the Pakistan Peoples Party.

The provincial minister, along with Special Assistant to Chief Minister Sindh and General Secretary People’s Party Sindh Waqar Mehdi, and others inspected the stage, media enclosure and entry and exit points.

Speaking at the occasion, Ghani said that the public gathering of November 30 at Karachi’s Nishtar Park would be a historic assembly for the people. He said November 30 was the day of the poor, workers, labourers and farmers of Pakistan, as Shaheed Zulfiqar Ali Bhutto laid the foundation of PPP in 1967 for the rights of oppressed and neglected segments of society.

Ghani said that after 55 years, the sapling planted by Shaheed Zulfikar Ali Bhutto had become a large tree for the people of the country.

SACM Mehdi informed that arrangements for the foundation day public gathering at Nishtar Park were in full swing by the divisional chapter of PPP Karachi division.

“The stage being built for the public gathering would be 80 feet long, 40 feet wide, and 10 feet high while lighting, media enclosure, separate entrance for women, and thousands of chairs would also be arranged for participants,” he said.

Meanwhile, PPP Chairman Bilawal Bhutto-Zardari was briefed on the arrangements being made for the rally.

Sindh PPP president Senator Nisar Ahmed Khuhro and Karachi president and Saeed Ghani met the foreign minister at Bilawal House and informed him about the preparations for the public meeting to be held on Wednesday. The deputy commissioner of District East issued a no-objection certificate to the ruling party for organising the event.

Earlier, the PPP Karachi chapter held a meeting to review preparations for the gathering. Chairing the meeting, Senator Khuhro said the date of Nov 30 was deemed crucial by each and every activist of the PPP as being its foundation day.

He said that the PPP had been successfully protecting the genuine interests of underprivileged people, labourers and farmers.