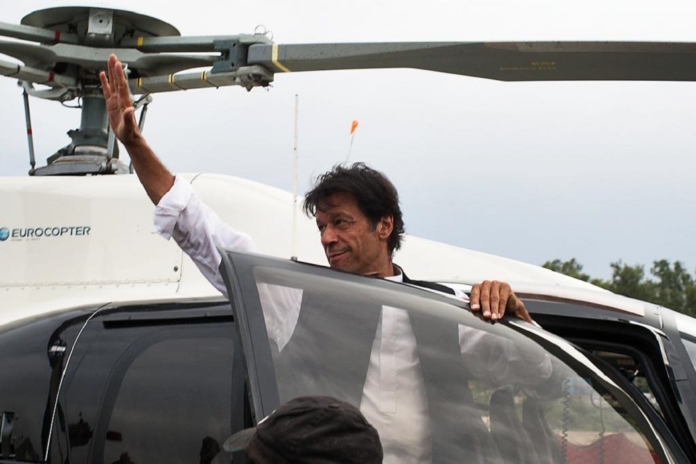 General Headquarters (GHQ) claimed that it has no objections to the request for Imran’s helicopter to land at Parade Ground.

The PTI has requested to park former prime minister Imran Khan’s helicopter at the Parade Ground on November 26. GHQ has stated that it has “no objections” to this request.

According to local media reports citing the GHQ statement that has been circulating online, the party should contact the Capital Development Authority or the federal government since the subject is under their purview.

Subject to approval by the relevant authorities, General Headquarters has no objections to the proposal for the location of a helicopter, it was stated.

The PTI petitioned the Islamabad High Court (IHC) earlier this week to grant permission to “allow the helicopter of PTI chairman Imran Khan for landing and taking off from Parade Ground until the completion of the gathering.”

Earlier, Senator and PTI leader Faisal Javed urged people to arrive in Rawalpindi by midday on November 26 to hear party chief Imran Khan speak at the rally around that time.

While speaking with journalists he stated, “Imran will speak to the crowd at 1 pm. Families are invited to the public gathering, and we applaud them for their ardent support of the PTI.”

He expressed optimism that the nation will support the party’s “Haqeeqi Azadi March” and that it would be successful.