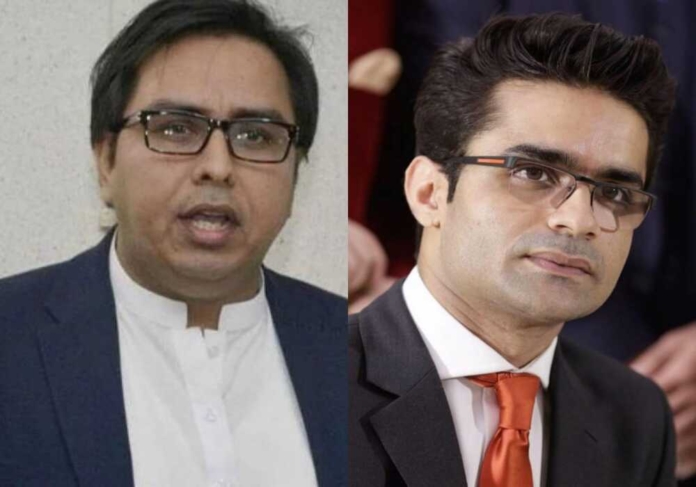 Special Assistant to the Prime Minister Dr. Shahbaz Gill has requested a local TV channel to act against their anchor Shahzeb Khanzada for doing â€˜anti-governmentâ€™ programmes – an incident that has people voicing support for the journalist, who they say was just spilling the facts.

Gill tweeted on Sunday insisting that Geo TV stop Khanzada from doing programs after he did a show on the countryâ€™s petroleum supply on Friday. Gill said that the channel should instead do a programme with the Petroleum Ministry and sit down with an expert so that the truth could surface as Khanzada was misreporting on the situation.

Khanzada had played clips of Federal Energy Minister Hammad Azhar and former special assistant to prime minister on petroleum Nadeem Babar during his show, in which they gave varying accounts of the number of fuel cargos being imported in Pakistan. Khanzada said that the government was misquoting the terminal capacity and by doing so was misleading the public on the impending crisis.

Former senator Basheer Matta said that Gill was â€˜throwing dust into the eyes of the faithfulâ€™ as the finance minister himself had warned that petrol inflation would continue in the future. Matta said that the warning was issued without any hint over the time or limit of the price hike. He questioned what else Gill possibly wanted to discuss on the matter.

You are throwing dust into d eyes of d faithful most brazenly. Even today your Fin Min was on d TV warning d faithful that d prices of petrol will continue to be increased in future without any indication of any limit on time or amount. What else do u want to discuss? https://t.co/EBT1HvR0wz

Another journalist, Atif Hussain also appreciated Khanzada for his reporting acumen and said that the anchor was providing an update on the LNG crisis with utmost preparation. Hussain said that Khanzadaâ€™s truth was evidenced in the governmentâ€™s clear discomfort over his work.

Several, including law student Iftikhar Hussain, inquired why Gill wasnâ€™t taking the matter to a court of law instead of launching a tirade against Khanzada on Twitter. He furthered that, God willing, Gillâ€™s anti-journalism rhetoric would be destroyed.

A social worker meanwhile advised Gill that if Khanzada was in the wrong, then Gill should go to his show and prove him wrong. If Gill was able to do so, the journalist would give up his profession, he said.

Social media editor Saqib Tanveer shifted attention towards the government and said instead of the rant against Khanzada, it was more worrisome that Prime Minister Imran Khanâ€™s office too had bought the Petroleum Ministryâ€™s narrative that it was doing a good job of handling the crisis.

During his show, Khanzada alleged that government officials repeatedly misguided the public on the countryâ€™s terminal capacity to welcome petroleum cargos. He showed that Azhar had first claimed that 12 units were the maximum capacity, whereas Babar had previously said that pipeline infrastructure necessary to dock and transport fuel from cargos, could accommodate 14 units. Khanzada demonstrated that Babar later retracted his statement and said the capacity was in fact 12. He added that the government this time around had issued a tender to procure 14 cargos, but the supply never came.