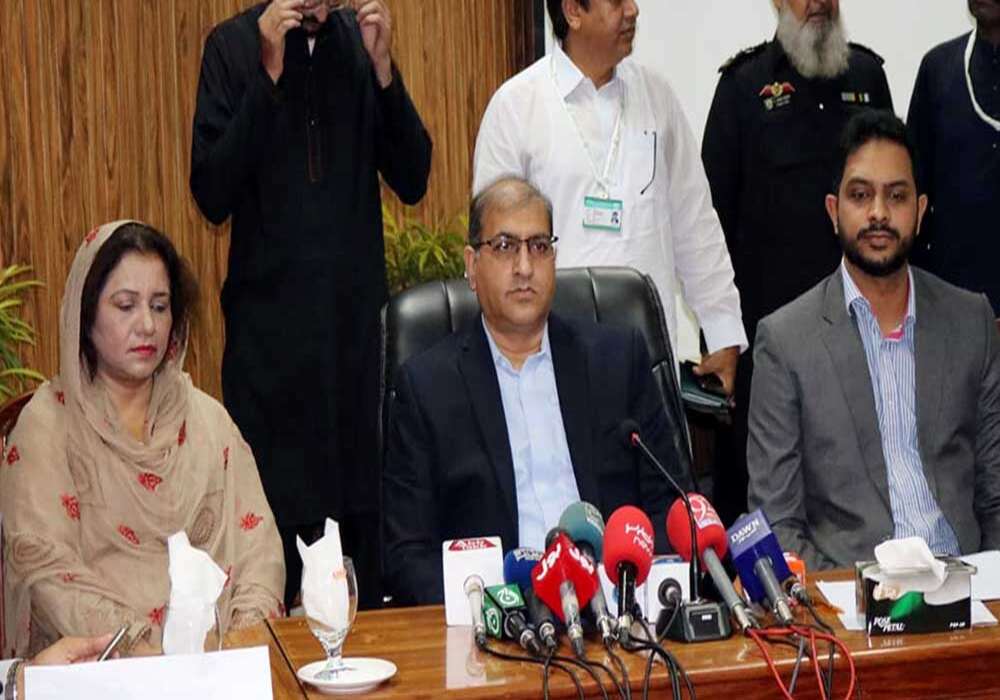 The Board of Intermediate and Secondary Education (BISE) Lahore announced results of matriculation examinations 2022 on Wednesday.

The overall passing percentage remained 66 per cent, according to the results announced by BISE Lahore Chairman Prof Dr Mirza Habib.

The chairman said that two student secured the highest marks (1,095), while three candidates obtained 1,094 marks. He added that the results can be found online and through SMS.

The chairman went on to say that the results were prepared by government teachers, adding that reforms were being carried out in the examination system.

In Sargodha, a total of 90,147 candidates appeared in the examination out of which 95,162 candidates secured more than 33 per cent marks. The success rate was 69.83 per cent.

The overall passing percentage in Faisalabad remained 73.15 per cent. A total of 162,196 students had appeared in the examination.

According to the gazette notification issued by the BISE Faisalabad, the highest number of students, who passed the examination, belonged to Jhang district. The success rate in the district was 83.19 per cent followed by Chiniot with 81.86 per cent.  The percentage of successful students in Toba Tek Singh district was 75.90.

The results were also uploaded to the board’s website.

Dr Muhammad Jafar Ali said that the examination for matric annual (second) 2022 will start from October 6, 2022 for which the admission form with single fee can be submitted by September 12.

In a statement, the board chairman said that the students, who are not satisfied with the results, can opt for the rechecking facility within 15 days.

In Rawalpindi, the success rate was 71.73 per cent, according to the results announced by BISE Rawalpindi.

Examination Controller Prof Nasir Mahmood Awan said that a total of 118,004 candidates had enrolled for examination, while 116,824 candidates appeared for the combined examination.

As many as 80.46 per cent of female students passed the examination, while 63.55 per cent of male candidates got success.

In Bahawalpur, a total of 89,323 students had applied for the exams and 87,725 appeared. As many as 59,778 students passed the examination. The passing percentage for regular students remained 71.11 and 49.72 per cent for private students.