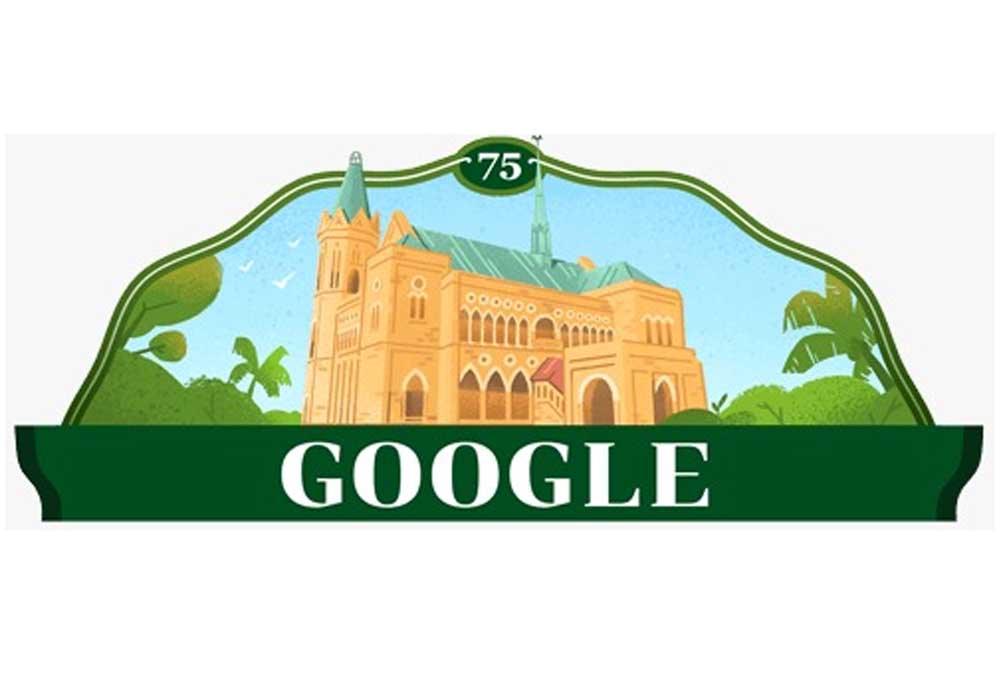 Google wrote a note regarding the importance of this historic day, “On this day in 1947, Pakistan gained independence and became a sovereign nation. This public holiday also commemorates the deeds and legacies of Pakistan’s founders.”

Google further wrote, “Celebrations for the country’s Independence Day start with a 31-gun salute in the federal capital, Islamabad, followed by flag-hoisting ceremonies at presidential and parliament buildings.”

When explaining the doodle it selected to commemorate the nation’s freedom day, Google stated, “Today’s artwork displays Karachi’s Frere Hall, which was constructed in 1865 to serve as a town hall.”

With a collection of more than 70,000 volumes and manuscripts, Karachi’s largest library, the Liaquat National Library, is currently housed in the old structure, which is a well-liked tourist site.

A well-known Pakistani artist Sadequain was chosen to adorn the hall’s ceilings in 1980.

Pakistanis are celebrating the country’s diamond jubilee in a traditional manner and ceremonies are being held in different cities.