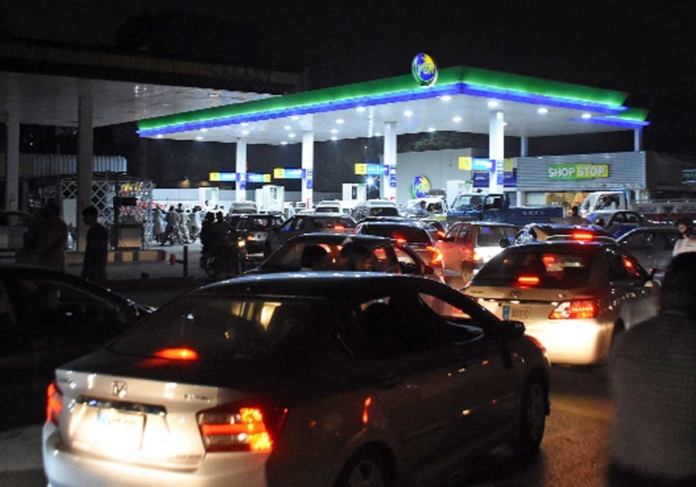 The government has increased the petroleum levy (PL) on petrol because of concerns raised by the International Monetary Fund (IMF).

IMF had raised concerns over the reduction of petroleum, oil and lubricants (POL) prices on the previous fortnight.

The former finance minister, along with other experts, had raised eyebrows after Ishaq Dar announced a reduction in prices of petroleum and other petroleum products. Miftah had called the move reckless.

Resultantly, the government increased the levy on petrol by Rs14.84 to Rs47.26 but it was reduced on diesel. The prices were announced to be unchanged by Finance Minister Ishaq Dar. Earlier, the PL on petrol since October 1 was Rs32.42.

Earlier, the finance ministry had announced a reduction of PL on Mogas (Motor Gasoline) by Rs5, from Rs37.42 to Rs32.42, on October 1, but IMF had shown concerns. Due to that, the PL has been increased, according to a media report.

The government has to fetch Rs850 billion in revenue during the ongoing financial year by increasing PL to Rs50 per litre on petrol and diesel. However, the PL on diesel has decreased by Rs5.44 to Rs7.14 from October 16.