Government shouldn’t give up on issues of religion, Justice Faez

If recommendations of Islamic Ideology Council are not followed then it must be closed, SC Judge 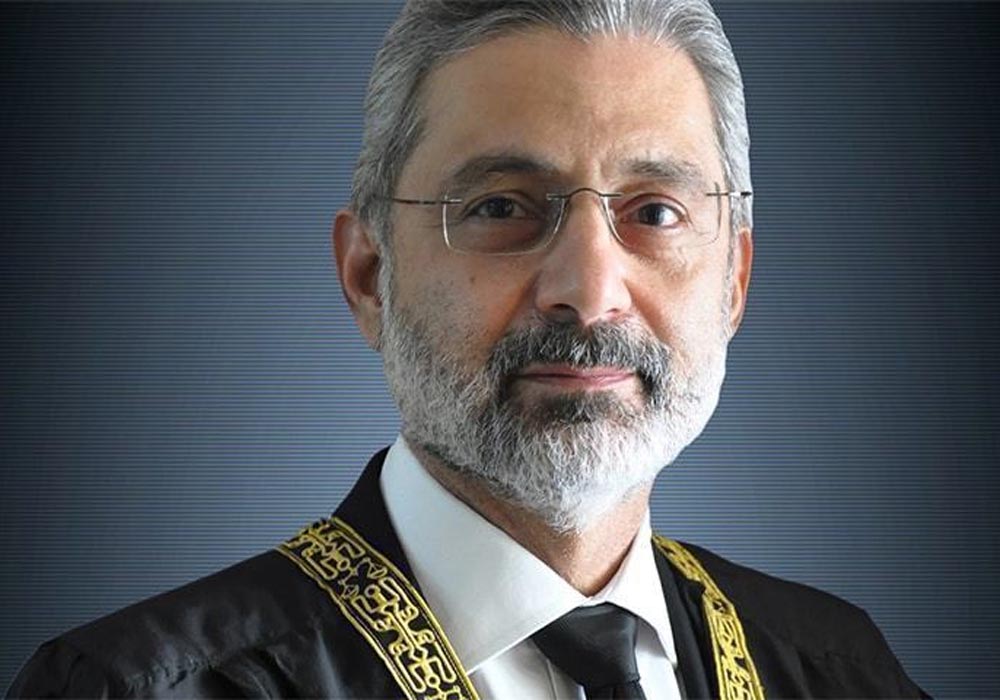 Justice Qazi Faez Isa has said that the government shouldn’t give up on people in issues of religion and if the recommendations of the Council of Islamic Ideology were not to be followed then that must be closed.

The bail case of Zahid Mehmood, who is allegedly accused of blasphemy, was heard by a two-member bench of the Apex Court headed by Justice Qazi Faez Isa.

Justice Qazi Faez Isa commented that the trial court had not imposed a section in the indictment. He asked how would the accused defend his case when he did not know what offence he has done.

He said that the government’s attorney shouldn’t take such a broad stance and should be aware of which clause was applied to a particular offence.

He also said that Article 295C was not implementable according to the Council of Islamic Ideology.

According to the defence attorney for the accused, the Council of Islamic Ideology’s opinion was delivered on June 8, 2022.

Justice Yahya Afridi questioned why the trial court had denied bail despite the Council’s recommendation.

According to the Supreme Court, Zahid Mehmood was accused of participating in a contentious WhatsApp group however the inquiry has not established whether the complainant was aware of Arabic or not.

The accused of blasphemy was granted bail after posting an Rs100,000 bond by the court.