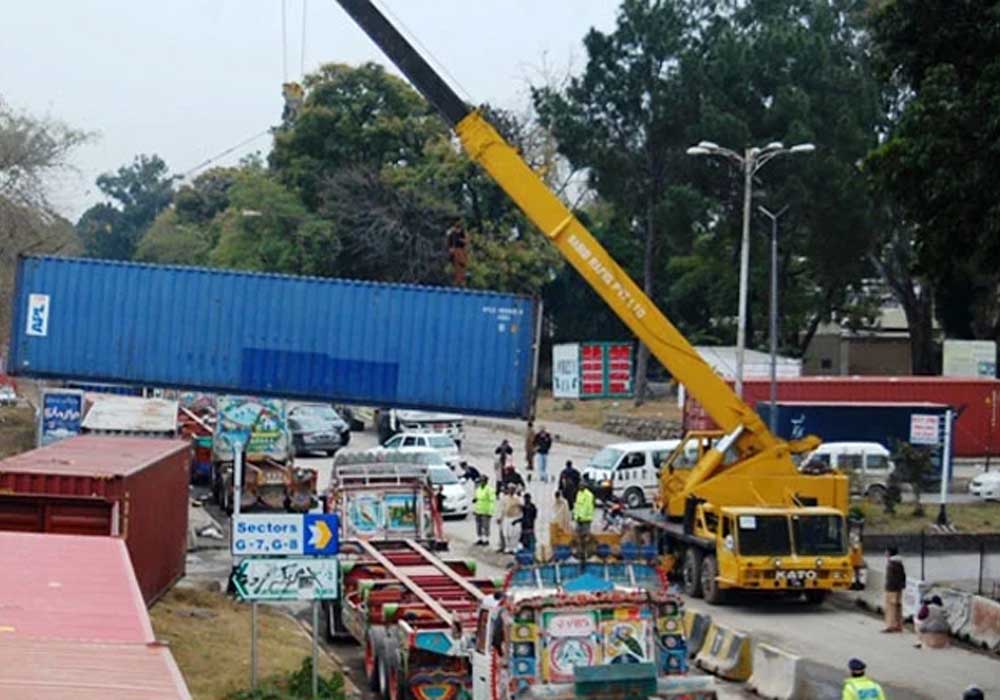 The federal government has completed preparations to deal with the Pakistan Tehreek-e-Insaf (PTI) Long March by expanding the Red Zone formally.

The component areas of Red Zone would now stretch from Ataturk Avenue to Faisal Avenue, Khayaban-i-Iqbal to Margalla Road and Serena Chowk to Zero Point.

According to details, the training of police and security agencies has been going on while the red zone was formally expanded.

Police, Rangers and Army will be deployed in the red zone for the protection of important buildings including the National Assembly Secretariat, PM House, Supreme Court building and embassies of other countries while participants of the long march will not be allowed to enter the red zone.

All the troops coming from outside Islamabad are being trained. In view of Pakistan Tehreek-e-Insaf’s real Azadi March, various roads leading to the red zone have been closed with containers.

The interior ministry made the extension in the capital’s Red Zone up to Faisal Avenue from Ataturk Avenue to protect key installations against any threat in view of the PTI long march that has been scheduled to reach Islamabad on November 4.

The Interior Ministry has also banned gatherings and rallies inside the relevant areas along with the imposition of Section 144 of the Criminal Procedure Code (CrPC).