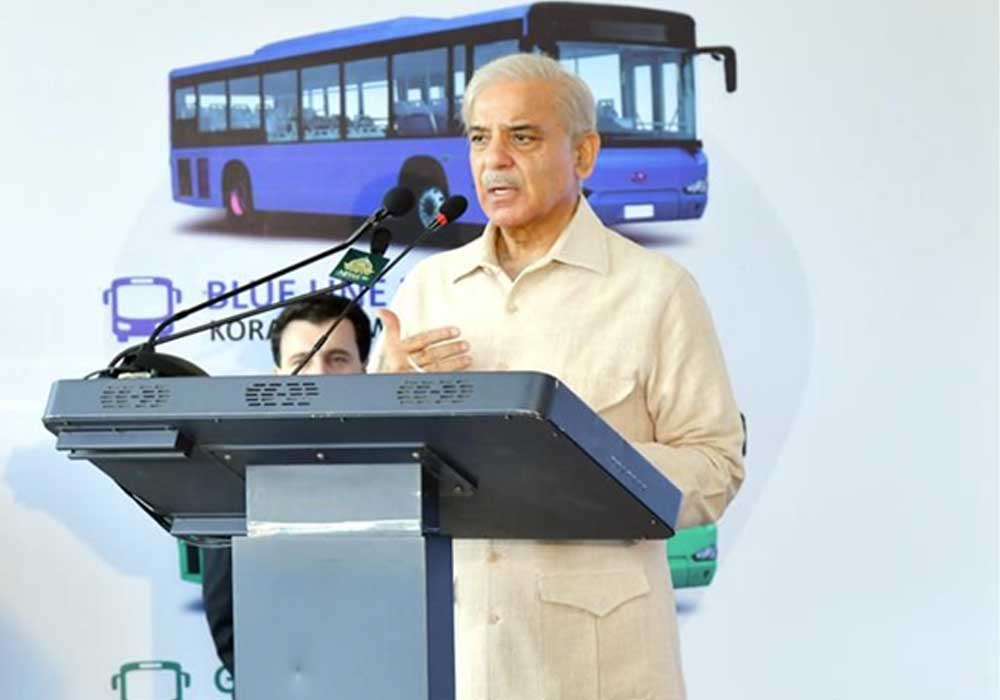 Prime Minister Shehbaz Sharif Thursday said that efforts were afoot to rein in inflation through short-term relief measures and added that the government would promote solar power generation projects to mitigate the shortage of electricity.

He made these remarks while speaking at the inauguration ceremony for the launch of the Green and Blue Lines of the Metro Bus Service in Islamabad.

The premier went on to say that the government was working on a comprehensive plan to provide cheap solar power to areas where tube wells, government buildings, hospitals, schools, buildings and households are located in an effort to rid the country of costly electricity produced from oil and gas.

“Oil and gas worth Rs20 billion is imported every year,” he said, lamenting that past governments and rulers did nothing to improve the situation.

“We will make decisions regarding solar power and on how to provide solar panels, loans to common households to save them from costly power bills.”

He also lauded the scheme launched by his son, Punjab Chief Minister Hamza Shehbaz, in the province for providing free electricity to domestic consumers using less than 100 units, terming it a “revolutionary step”.

He expressed the hope that the rest of the provinces would also take steps to benefit the people. He reiterated that a meeting on solar power would be held at a federal level.

In his speech, the premier noted that oil and gas prices across the world had skyrocketed in recent times, making the lives of millions very difficult.

“In times of such inflation, which has been ongoing for the past four years, where a common man works day and night in order to survive […] in this context the public transport service being started today is a big step for the people of Islamabad, Rawalpindi and adjoining areas,” he said.

Later in the day, the premier chaired a meeting of the Energy Task Force in Islamabad where he said that a national solar energy policy would be announced on August 1 to address power-related issues.

According to Radio Pakistan, PM Shehbaz said the enforcement of the policy would be linked to the approval of the Council of Common Interest (CII).

He reiterated the same in a tweet after the meeting, saying: “I was briefed about the key solar energy initiatives earlier today. Coalition government will soon introduce the country’s first comprehensive solar policy after approval of the CCI.”

He added that solar energy would drastically cut fuel imports, bring down cost of electricity and provide clean energy.

During the meeting, the prime minister said that the PM’s House and Office would be converted to solar energy in one month, the Radio Pakistan report said.

The meeting was further informed that a proposal for generating solar energy from 2,000 feeders of 11KV was also under consideration.

The meeting was told that solar power plants with a capacity of 1,000MW would be installed at government buildings in the next 10 years on “build, own, operate and transfer” basis.

Separately, the prime minister on Thursday wrote a letter to National Assembly Speaker Raja Pervaiz Ashraf, calling for live telecast of parliamentary proceedings to increase respect for parliament among the masses.