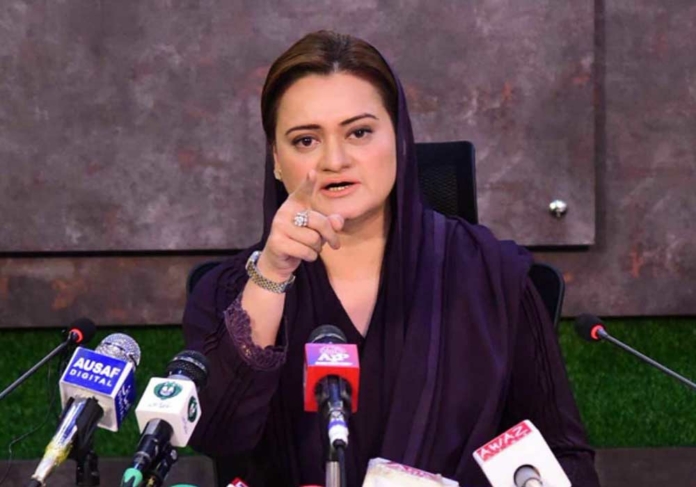 While responding to PTI leader Fawad Chaudhry on Twitter, the minister said, “the nation, while rejecting to be slave to a Constitution-violating, foreign-funded nuisance, has rejected the bloody march. The youth does not want to be the protectors of a Toshakhana thief, Farah Gogi and Bushra Bibi”. The people have refused to fall prey to the “nuisance’s greed for power”, she added.

As the long march got underway, Interior Minister Rana Sanaullah on Friday warned Imran Khan that Red Zone was government’s “red line” which should not be crossed. Addressing a press conference in Islamabad, Sanaullah threatened that any untoward situation will be dealt with iron hands as no one was above the law. Meanwhile, Federal Minister Mian Javed Latif on Friday said PTI chief Imran Khan and other party leaders, including Fawad Chaudhry, will be investigated in the killing of renowned journalist Arshad Sharif.

“I am very saddened over the killing of Arshad Sharif, which was no doubt a big loss to his family,” he said while extending condolences to the bereaved family. He said all those who facilitated and plotted the murder of Arshad Sharif should be brought to justice. He appreciated the commitment of Inter-Services Public Relations (ISPR) to upholding the constitution during the press briefing the other day. Mian Javed Latif urged the prime minister to approve the inquiry into Arshad Sharif’s murder in the Cabinet meeting to initiate a free fair and transparent investigation into the case.

He said criticism is the right of everyone, but dragging youth and inciting students of colleges and universities for personal motives was against morality. “We have never before seen that youth was indoctrinated against national institutions and leaders,” remarked Javed Latif. He blamed Imran Khan for “inciting people in the name of the so-called revolution,” adding that his only “purpose was to ruin the economy, violate the constitution and weaken the state by bringing revolt in the institutions and ridiculing them.” The PML-N leader said his party strongly believed in the supremacy of law and the constitution. “A national leader is one who sacrifices his life for the prosperity of the country, not one who does politics on the dead bodies of people,” he remarked.