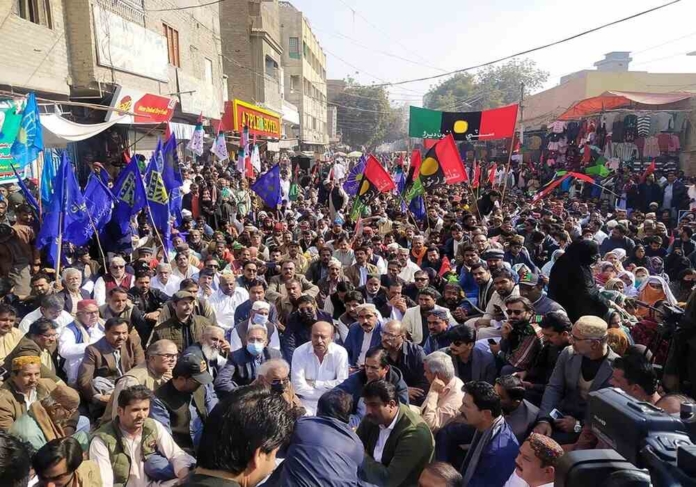 PPP Sindh President Nisar Khuhro, while addressing a sit-in and protest demonstration at Jinnah Bagh on Friday against gas load-shedding, said that all the PPP workers and leaders were ready to go to jail if a movement was started against the PTI government, and accused it of constantly violating the constitution.

He said that Arbab Ghulam Rahim, a representative of the prime minister, has also expressed distrust in him by admitting his support for governor’s rule. He said that the MQM-Pakistan’s dream of a separate province will never materialize and Sindh will not be divided. He said that Sindh produced gas but it was not getting it.

He accused the PTI government of constantly violating the constitution, saying it wanted to impose unconstitutional decisions on the federation and provinces.

He said the prime minister should read the constitution and consider Sindh a province of Pakistan. He also accused the PTI government of enslaving institutions, including the State Bank of Pakistan, to the IMF. Nisar said that the government has increased the debt of the country to $40 billion in one year.

Khuhro said that if OGRA recommends an increase in petrol prices, prices increase rapidly but if it recommends a reduction in petrol prices by Rs12, they are reduced by Rs4 only. He said the PPP has formed a government in Sindh thrice and now it would form the federal government and make Bilawal Bhutto Zardari the prime minister for the third time.