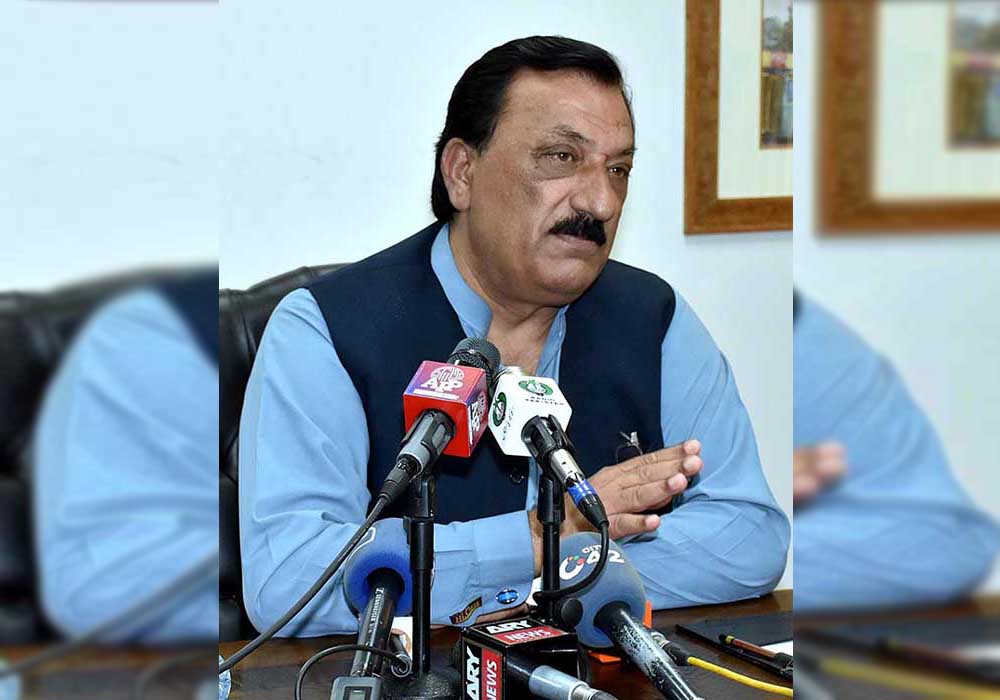 Special Assistant to Prime Minister (SAPM) on Industries and Production Tasneem Ahmed Qureshi said on Monday that the government is creating a favourable business and industrial environment in the country to restore the confidence of local industrialists, traders and investors.

He chaired a meeting at Small and Medium Enterprises Development Authority (SMEDA) head office, and was briefed by SMEDA Chief Executive Officer Hashim Raza about the authority’s working, achievements and targets. Other senior SMEDA officers were also present. “We are trying to promote a business-friendly culture in the country with the help of all institutions related to business development including SMEDA, as the government alone could not overcome serious problems like unemployment and poverty,” Tasneem Ahmed.

He promised that incentives and facilities would be provided for the investment made by private sector to create employment opportunities, especially through promotion of small and medium businesses. He said political stability is a prerequisite to economic development, asserting that in today’s world, only those nations were truly free which had stabilised their respective economies and developed themselves on strong footing.

The SAPM said that the coalition government in Centre wanted to transform the country as a truly free and independent by laying greater focus on economic development, which was the only way to get rid of all social and economic problems. He hoped that viable economic and business policies of the government would help restore confidence of the local businessmen and industrialists, and they would start diverting their investment from real estate to industry and manufacturing sector.

Tasneem Qureshi thanked the prime minister for appointing him as his special assistant on the proposal of PPP Chairman Bilawal Bhutto Zardari and entrusting him with the responsibility of industrial and commercial development. SMEDA CEO Hashim Raza gave a detailed presentation to the SAPM about the authority’s services, projects, working, achievement and targets. He stated that SMEDA had identified 11 business sectors having fast growth, export and employment potential, which included information technology, tourism, horticulture, construction, fisheries, dairy and livestock, light engineering, minerals, leather, logistics and textiles.

He said that SMEDA, under the Public Sector Development Programme (PSDP), had created 35 projects across the country with a total cost of Rs 8 billion, adding that among these projects, Multan Pulp Plant and Sialkot Sports Industry Project had vastly been welcomed by the stakeholders. He said that Small and Medium Development Authority was going to organise a national-level “Business plan competition” the next month. At the competition, he said, the participants with unique and innovative project ideas would not only be awarded cash prizes but also provided with all necessary facilities for implementation of their projects.