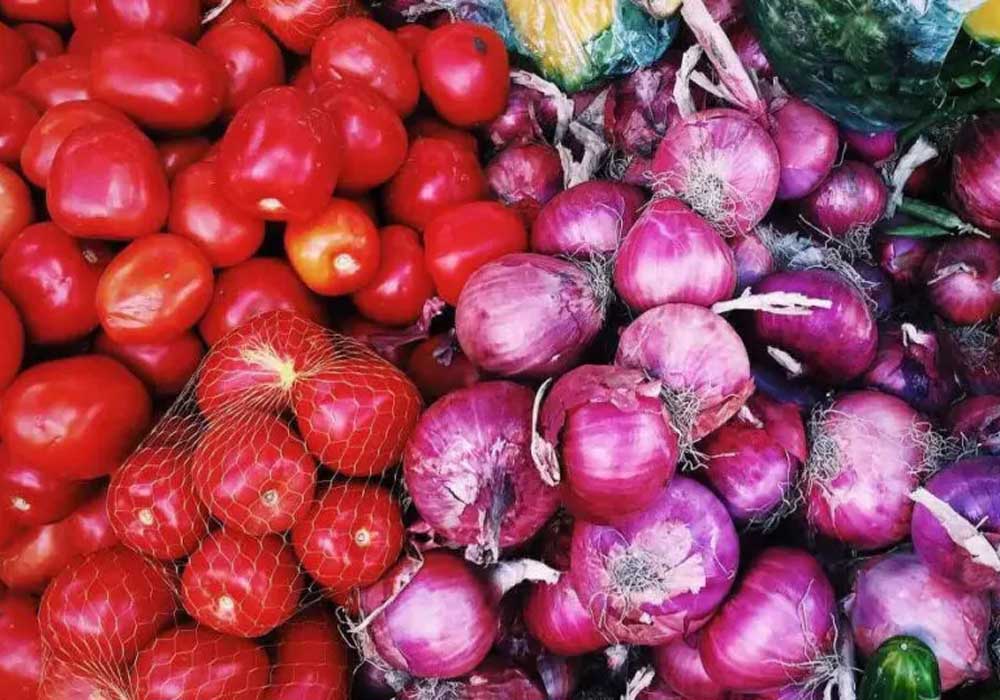 The food ministry will grant licenses to allow the import of onions and tomatoes from Iran and Afghanistan within 24 hours.

On Tuesday, the government decided to stabilize food prices during a meeting in Islamabad.

The Food Ministry has requested that import taxes and levies on onions and tomatoes be waived for the next three months and anticipates that this would take effect right away.

According to a statement from the Ministry of National Food Security and Research, the steps sought to ensure the supply of key goods in the market and stabilize prices.

Food costs have skyrocketed as a result of the tragic monsoon floods, placing many essentials out of reach for the poor.

Finance Minister Miftah Ismail stated that the price of onions had increased by more than five times and that the government was working to take measures to stabilize food costs, including importing from India.

The Department of Plant Protection was instructed by the food ministry to eliminate obstacles for importers, and the ministry said that it had engaged all relevant parties to guarantee a seamless supply of key goods.

Participants in the meeting agreed that due to damage to crops, the country will experience a shortfall of tomatoes and onions during the following three months.

Additionally, assistance with imports has been asked from Pakistan’s embassies in Iran, Afghanistan, the United Arab Emirates, and other nations.