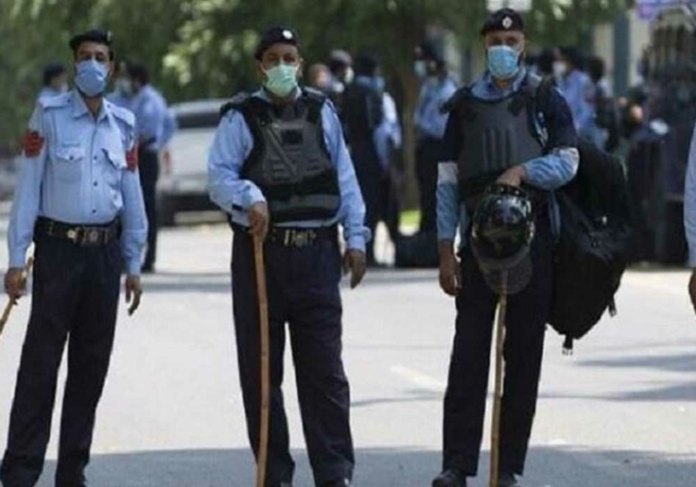 Political tension is growing in the country as Islamabad was put on high alert after former prime minister Imran Khan on Tuesday announced holding a “long march” on Friday, demanding the government call fresh general elections.

The government has also started preparations to deploy thousands of security personnel to block Imran’s supporters from entering the capital. According to officials, the interior ministry has already decided to deploy around 30,000 police, rangers, and para-military troops in Islamabad and not allow protesters to enter the red-zone area near the parliament building. President’s House, Prime Minister’s House, ministers’ offices, parliament, and other important buildings, including foreign embassies, are located in the red-zone area.

“The government has already decided to call out the army to assist the civil administration in security,” an official of the interior ministry told Anadolu Agency on condition of anonymity as he was not authorised to speak with the media. The ministry has also deployed Frontier Constabulary (FC), a federal paramilitary force, while police from Sindh province will be called out to assist the Islamabad capital police, he added. The authorities also sent hundreds of containers into Islamabad to barricade all entry points before the arrival of demonstrators.

Currently, the Sindh province is ruled by Pakistan People’s Party (PPP), a partner in the ruling alliance of Pakistan Democratic Movement (PDM), while the other two provinces of Punjab and Khyber-Pakhtunkhwa, bordering the capital Islamabad, are being ruled by Imran Khan’s Pakistan Tehreek-e-Insaf (PTI) party. At a news conference in the southeastern city of Lahore on Tuesday, Imran said that his protest will begin from Lahore on Friday, with people joining from across the country.

“This will be the largest long march in the country’s history,” he said, adding that the government, despite his repeated warnings, is not ready to hold a vote, which is due in late 2023. The ouster premier added that they will remain peaceful as families will join the march, however, the government will be held accountable “if they use any force against peaceful people.” Meanwhile, Federal Minister Ahsan Iqbal accused Imran of announcing the protest march at a time when the government is preparing for an important meeting in China as Prime Minister Shehbaz Sharif is scheduled to visit Beijing in the first week of November.

“The 11th JCC meeting of CPEC [China-Pakistan Economic Corridor] is going to be held and Imran Niazi is plotting to derail CPEC by conducting ‘fitnah [noxious] march’,” he tweeted. CPEC comprises infrastructure projects that are under construction throughout the country beginning in 2013. PTI chief’s long march announcement comes after the Election Commission of Pakistan disqualified him for failing to disclose gifts and proceeds of their alleged sale he received while serving as prime minister.

The Islamabad High Court, however, said he is not barred from contesting elections in the future. Earlier this month, he won six of the seven National Assembly seats in a by-election he said was a referendum on his popularity. PTI leader Asad Umar on Wednesday announced the itinerary of his party’s “Haqeeqi Azadi March” to Islamabad, slated to commence on October 28 (Friday) from Lahore’s Liberty Chowk. The march’s commencement date was announced on Tuesday by former prime minister and PTI Chairman Imran Khan. “We will gather at Liberty Chowk at 11am on Friday, and set off for Islamabad,” he had said. “We will go to Islamabad treading GT (Grand Trunk) Road and occupy the point already allowed by the courts.

“We will stay peaceful. If any disruption comes, it would be from the other side, not ours. We are aiming for soft revolution. We are not going to Islamabad to create any mischief,” Imran assured, adding that despite all his peaceful intentions he was ready for arrest as well. Revealing the protest schedule in a series of tweets today, Umar said that the march will begin on Friday from Lahore’s Liberty Chowk and move onto the Azadi Chowk via the Ferozepur Road through Ichhra, Mozang and Data Darbar.

“The journey to Islamabad will start on the GT road from the next day,” he tweeted. Elaborating the plan ahead, the former minister said Imran and his supporters would reach the capital on November 4 after passing through Muridke, Kamonki, Gujranwala, Daska, Sialkot, Sambaryal, Wazirabad, Gujarat, Lala Musa, Kharian, Jhelum, Gujar Khan and Rawalpindi. Separately, during an address to party workers in Sialkot later in the day, Imran said he would be accompanied by “convoys from across the country” while entering Islamabad. “It will be the biggest sea of people.”

He said that Friday’s march would be a “battle for power” and the “greatest freedom struggle in the history of Pakistan”. Later in the day, he met Punjab Chief Minister Chaudhry Pervaiz Elahi to discuss the arrangements for the upcoming march. Meanwhile, PML-N supremo Nawaz Sharif alleged that the long march was not meant to bring about a revolution but to appoint the next army chief of Imran’s choosing. “The people have seen his revolution in his four-year rule,” he said, adding that the PTI chief proved to be the “biggest thief in history with irrefutable evidence” after the foreign funding and Toshakhana references.