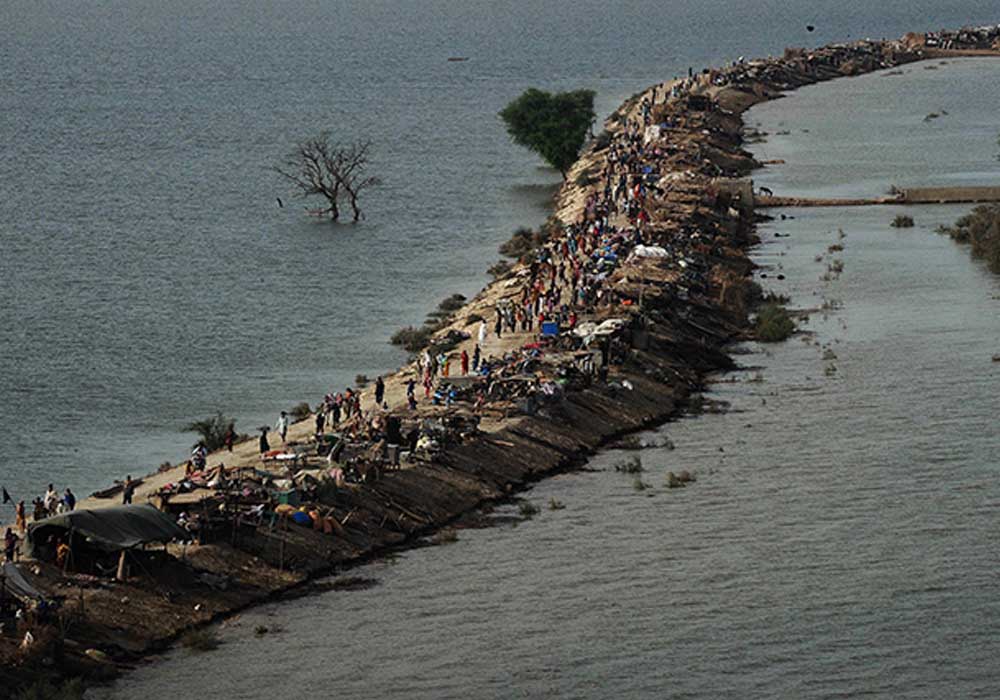 Chief Minister Sindh Syed Murad Ali Shah Sunday said water flows at Manchhar reached an alarming level and the night between Sunday and Monday would be very dangerous for the vicinities.

Talking to media persons during his visit to Wahur Sharif and dykes of Manchhar, Murad Ali Shah said that the government is monitoring the overall situation very cautiously and taking all possible steps to tackle any out-of-control situation. He said he personally inspected the site of the lake from where a cut was given by the irrigation department to release the pressure of water in the flooded lake. Despite the relief cut to the dyke, there are still terrible inflows of water and might be proved more dangerous than their expectations.

The CM further said the unfortunate situation is that most of the parts of Dadu and Janshoro districts were inundated and his own constituency is not different from these horrible scenes. He said that it was a tough decision for him to allow the irrigation officials to cut the dyke but that was the only option they were left with under these bleak situations.

He recalled that during the super-floods he had worked in that area as “an ordinary engineer” and witnessed the fury of gushing waters from hills torrents which had also played havoc but Manchhar Lake remained safe. Murad Shah reiterated that it was his prime responsibility to provide rescue, relief and rehabilitation to flood victims.” We are getting massive response from international agencies and friendly countries in our difficult time” he added.  He said the rehabilitation process is really a big challenge for this government; however, he was determined and optimistic that his government would carry out this herculean task successfully.