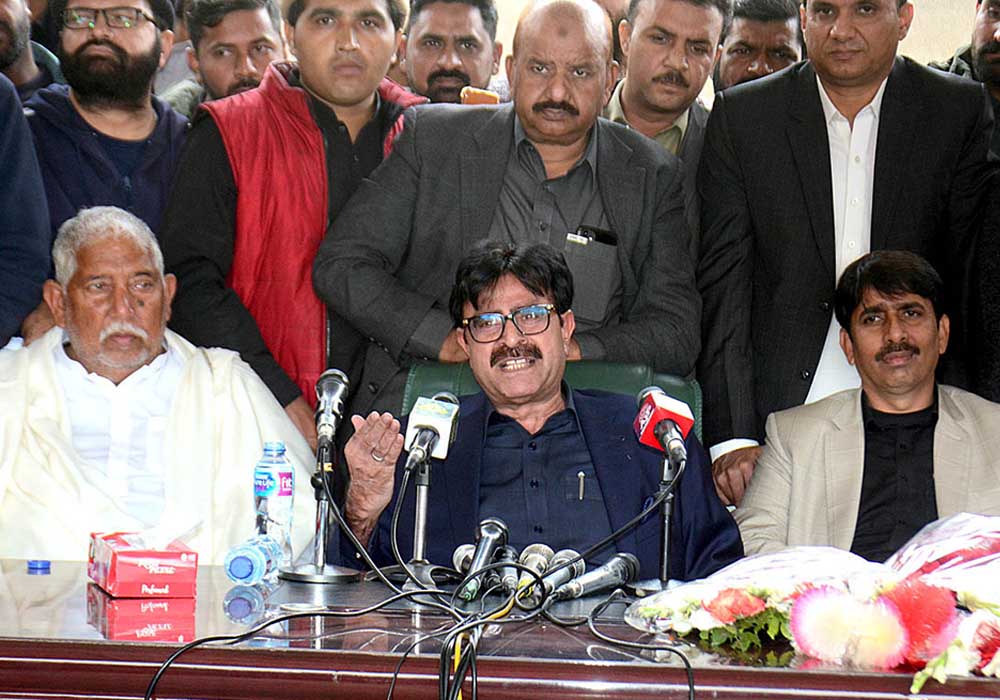 Addressing the media at a gathering with Pakistan Muslim League-Nawaz workers at Khayaban-e-Amin here, he said the PML-N government during its previous tenure had launched significant development projects besides carrying out motorways’ network across the country as Lahore to Sukkur motorway project was started during this period, but when the PTI government came into power, it steered the country towards destruction.

The SAPM said that during the period from 2013 to 2018, the PML-N government under the leadership of Mian Nawaz Sharif had overcome the electricity outage by putting in place effective measures to steer the country out of darkness as it added more than 11,000 megawatt electricity into national grid.

Rana Mubashir Iqbal said that as per international monetary institutions, the GDP growth rate was about 5.8 percent from 2013 to 2018 but when PTI chief Imran Khan came into power, he led the country towards ruin, adding that Pakistan’s debt doubled during the 44 months of Imran Khan’s government. Similarly, the PTI government had increased the circular debt of hundreds of billions of rupees, which created more economic woes in the country, he maintained.

The SAPM said that previous PTI government had caused severe damage to the country as the PTI leadership had claimed that they would construct five million houses for poor and generate 10 million employments but they were neither able to create a single employment nor construct any house. The PTI had been badly exposed as now the people have been aware of its hollow slogans and agendas to plunder the national exchequer, he asserted.

Rana Mubashir Iqbal said that Mian Nawaz Sharif and his daughter Maryam Nawaz had to face victimization and worst circumstances, when they were detained in jails during Imran Khan’s government, adding that now Imran Khan would be held accountable of his corruption in Toshakhana case, “Farah Gogi” scam and a number of others.

Imran Khan had criticized the Lahore Metro Bus project but then the PTI Khyber Pakhtunkhwa government started the same project in Peshawar even at most exorbitant rates which also caused an economic loss to the province, adding that people of the country believed in Prime Minister Muhammad Shehbaz Sharif that he would put the country on way to progress and prosperity.

Soon, the people would get significant relief in inflation and other challenges as the PML-N government was putting day and night efforts for uplift and welfare of the people, he concluded.

Earlier, the SAPM listened to the problems of workers and supporters related to development and others and pledged that the issues of people would be resolved at the earliest.

Later, special prayers were held for the unity of Muslims, stability and solidarity of Pakistan.