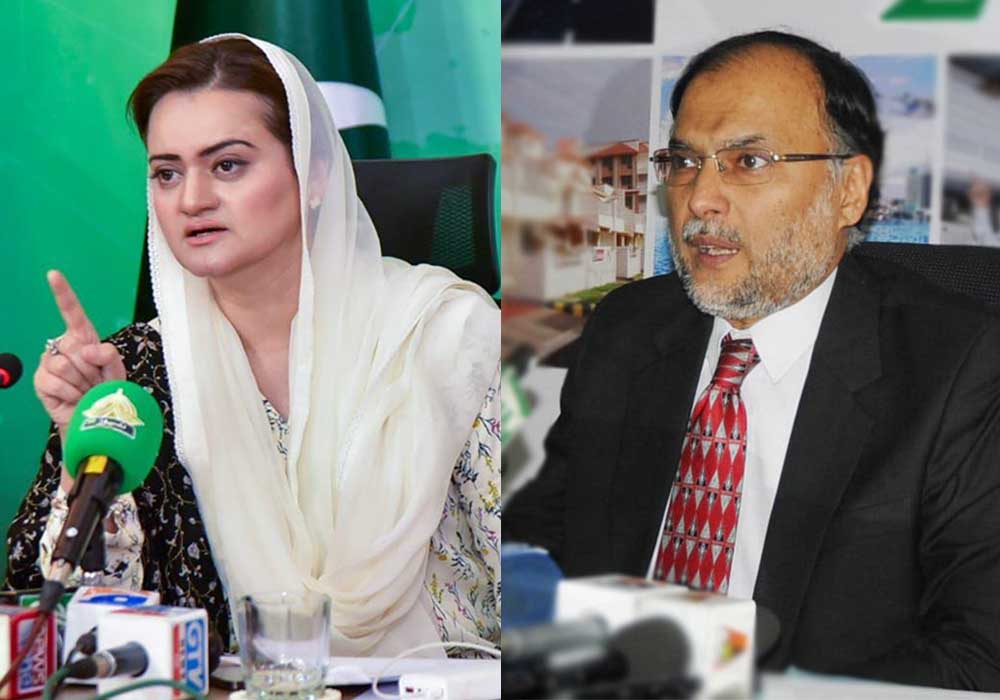 The ruling Pakistan Democratic Movement (PDM) has announced that they will observe ‘thanksgiving day’ over PTI chief Imran Khan’s announcement to dissolve Punjab and Khyber-Pakhtunkhwa assemblies in a bid to force the government into early elections.

Iqbal said Imran could do anything for returning to power and added that he had no regard for the devastation caused by recent floods.

“PDM will fully participate in these elections. Elections will be held according to the Constitution of the country after the dissolution of assemblies dominated by Imran Khan,” he added.

The federal minister said the incumbent government was “undoing the damage” caused by the previous PTI-led government. “We do not want to give Imran Khan more time so that he could destroy the economy further”.

Following Imran Khan’s announcement of the date to dissolve Punjab and Khyber Pakhtunkhwa assemblies, Information Minister Marriyum Aurangzeb said ‘courage’ was required to dissolve assemblies and not dates on Saturday.

Addressing a press conference in Islamabad, the information minister accused Imran Khan of “creating a ruckus” regarding the dissolution of assemblies so that “he can protect the theft he conducted during his tenure”.

She further said that the PTI chairman was mourning over his compromise on Pakistan’s sovereignty, independence, and economy by accepting ‘illegal’ foreign funding.

She maintained that Imran Khan will ‘never dissolve the assemblies because they provide a cover for his corruption’. “You [Imran] have protected your theft from the power of these assemblies,” she said, adding: “The corruption in Khyber Pakhtunkhwa will also come to light when the assemblies are dissolved.”

Marriyum questioned why there was a need to wait till next week. “You should have dissolved the assemblies today,” the information minister said. “What are you waiting for?” she asked.

The information minister, while castigating Imran Khan, said that four years of PTI rule were an example of inefficiency, incompetence and lies. “The PTI chief attacked Pakistan’s sovereignty to save his government,” she alleged, adding that now he wants to attack the economy of the country.

Responding to the development during an interview with a private news channel, Interior Minister Rana Sanaullah said: “I can’t understand what are they waiting to do till next Friday. If they have decided then they should dissolve the assemblies today.”

He alleged that the PTI and the PML-Q “will try to find an excuse that some no-confidence motion appears or a direction from the governor arrives” so Punjab Chief Minister Parvez Elahi could “have an excuse” to continue his tenure.

He questioned the logic behind this “drama” of waiting till next week if the two parties had decided to dissolve the assemblies. “Sign the summaries and send them,” the interior minister challenged.

Questioned on whether the PML-N would submit a no-confidence motion in the Punjab Assembly to block the dissolution, Sanaullah admitted that a section of the PML-N’s parliamentary party held that opinion.

The interior minister added that the party leadership and supremo Nawaz Sharif would make the final decision on the government’s response in the next day or two.

Meanwhile, Adviser to Prime Minister on Kashmir and Gilgit-Baltistan Qamar Zaman Kaira questioned what stopped the PTI from taking the dissolution step a month ago.

“What was stopping them today? They should have stood up today and announced [the dissolution] and went and submitted the summaries in the assemblies.”

He said the other camp was perhaps “hoping for a middle path” to appear from somewhere to provide some “face-saving”. Kaira expressed confusion that why the PTI would take a step a week later which it was not prepared to do so today.

Meanwhile, PTI Vice President Fawad Chaudhry expanded on the rationale behind the wait till next week.

He said there was a six-day break till the step was taken because the PTI still had to process the matter of resigning from the National Assembly.