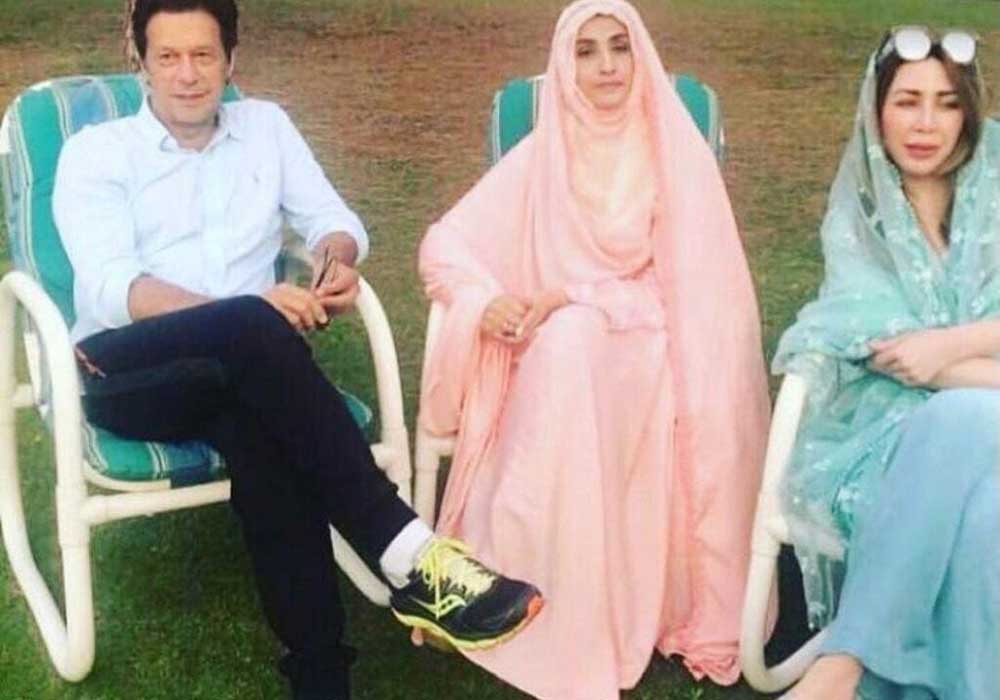 Farhat, who has been living in Dubai these days, will file the defamation suit against both the ministers in a local court on Monday.

Her reaction came after Attaullah Tarar flanked by Malik Ahmed Khan accused her and her husband Ahsan Jameel Gujjar of corruption, land fraud and running a racket of diamond smuggling. Both the ministers also said that they would bring the couple back to the country via Interpol.

“The government will fulfil all legal requirements and make all-out efforts to get ‘red warrants’ against the couple,” Tarar said.

He also accused Pakistan Tehreek-e-Insaf (PTI) Chairman Imran Khan, his wife Bushra Bibi and Farhat of looting public money. Both the minister mentioned the Faisalabad Industrial Estate Development and Management Company (FIEDMC) and its chief executive Rana Yousuf, saying that the company’s two members – Rana Yousuf and Maqsood Ahmed – had been arrested by the Anti-Corruption Establishment on the charges of illegally allotting a precious industrial plot to ‘Farah Gogi’.

Tarar also alleged that a 10-acre industrial plot situated in the Faisalabad Special Economic Zone was allotted to ‘Farah Gogi’ for only Rs83 million and its actual value was Rs600 million. The minister said the plot was transferred to her via a fake company.

However, Farhat, through her lawyer, rejected the allegations, saying that the company was not fake, and was registered with the Securities and Exchange Commission of Pakistan (SECP).

She also claimed that the plot in questioned was gained through legal means and all such accusations against her and her family were being made to victimise them just to bring Imran Khan to the dock.

Farhat also said that she and her mother were the shareholders of the company in question, as the company was registered with the SECP on November 26, 2020.

“Only one instalment of the plot has been paid,” she further said, pointing out that the allotment was temporary and it could be cancelled if any irregularity takes place.

She also questioned the criminal proceedings against her and her family, saying that it was totally against the law and copies of the first information report (FIR) registered against her, her family and others were not being provided to her legal team.

She also explained that a local court had given a stay order on the said plot and no further instalment was paid after that. “The plot isn’t completely under my ownership,” she adds.

Talking about the investment she had made to get the allotment of the plot, Farhat said she had paid Rs31,000 for the application and Rs20,750,000 initially for the plot, while the remaining amount was to be paid through eight instalments every three months.

“The total value of the plot is Rs80 million, while the instalment I have to pay after every three months is Rs7,785,000,” she said through her counsel.

She also ruled out the possibility of involvement of Imran Khan and his wife in the deal.