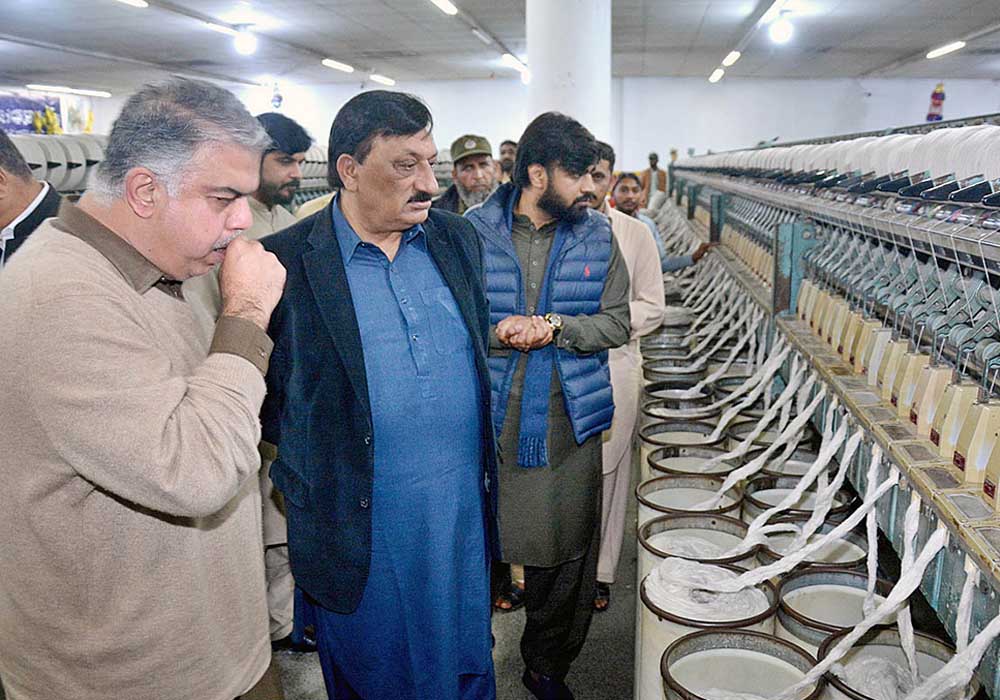 State Minister for Industries and Production, Tasneem Ahmed Qureshi, said on Wednesday that the incumbent government was taking various measures for the revival of industry in order to strengthen the country’s economy.

He expressed these views while talking to media persons during his visit to Spun Yarn Research & Development Company (SYRDC). He said that providing pleasant environment to industrial sector was among top priorities of the government and added: ‘It was time to save the state by putting politics aside’. The state minister said that the government was striving to steer the country out of crisis.

It was the need of the hour to encourage and provide conducive environment to industrialists for prosperity of the country and urged authorities concerned to listen to the issues of industrialists and get them resolved on priority. He said that the purpose of his visit to the city was to listen the problems being faced by industrialists with commitment to resolve them.

He said that the Spun Yarn factory was established in collaboration with Small and Medium Enterprises Development Authority (SMEDA) in 2010 and expressed happiness over its successful functioning adding that it was providing employment opportunities to about 200 workers besides imparting training to 500 people annually. CEO SYRDC Khawaja Muhammad Ali briefed the minister about the factory and informed him about the issues. The state minister also inspected various sections of the factory and inspected the yarn production process. Khawaja Muhammad Ali said that they were producing high quality yarn with the waste from ginning and other sources through recycling and making towels which were being exported to UK and other lucrative foreign markets.

Later, State minister paid visit to Agro Food Processing Facilitation Pulp plant centre at industrial estate area Multan. He inspected various sections of the pulp plant. Officials gave him briefing about the processing unit. The officials said that the food processing unit was a joint venture of federal and Punjab government that was set up at a four acre area at a cost of Rs 321 million. Officials further informed that the facility was processing different fruits including aromatic and tasty mangoes of Multan besides peach, guava, dates, and citrus. They said, they were charging only Rs19 per kilogram for processing of the fruit from the farmers adding that 350-400 farmers remain engaged with the pulp plant throughout the year.

Officials said that the AFP fruit processing facility was being run through resources generated by itself and added that they were facing no problems. The minister expressed satisfaction over the performance of the fruit processing facility and lauded its role in extending services to farmers in adding value to their fruit that help farmers fetch foreign exchange through exports.