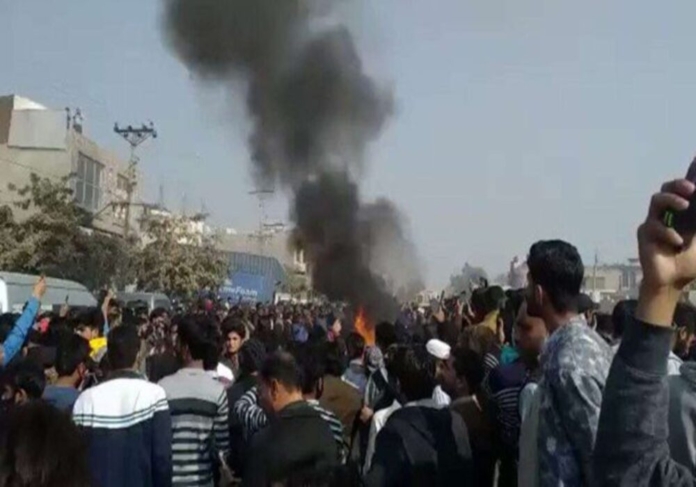 The highly condemnable act of killing a Sri Lankan national in Sialkot has shaken the entire society. In Pakistan, the incident has baffled everyone and exposed the crassness of this society to the international community, which was already skeptical and critical of growing radicalization and intolerance in Pakistan. Today, the government cannot dismiss the incident by saying that it was a ‘conspiracy’ hatched by some external force, since it is a failure of the government itself. Indeed, the incident took place on Pakistani soil and the killing was done overtly in broad day light through extreme brutality and in front of a mob where the majority dared not stop the happening.

The incident has challenged the writ of the state while questioning the system of governance in Pakistan. The incident is a reminder to the incumbent government that, had justice been done to earlier cases of merciless killings and heartless radicalization dealt as per law, this incident would not have taken place. The killers of the tragic Sahiwal incident were set-free where parents were killed in front of their children and nothing happened to the killers. Similarly, the killers of Osama Satti have not been punished as yet; the incident took place in January 2021. Indeed, both incidents were the result of police action and there could be so many excuses from them for these merciless killings. Two brothers were killed in the same city, Sialkot in front of a mob in 2010 and nobody saved them. They were killed without any reason, just false accusations of theft.

Thousands of incidents have taken place in the last few years where neither state nor the judicial system acted as per the constitution which provided excuses and precedence to others to continue extreme inhuman acts. It is worth mentioning that Pakistan’s emergence as an independent state was obliged by its ideological nature. Being the believers of Islamic ideology, the state of Pakistan and its subjects had to mirror the true reflections of Islamic teachings. The very name of Islam means, peace, tolerance and love for entire humanity. In Islam, killing anyone (including non-Muslims) is forbidden. In this regard, there is a clear directive of Allah Almighty. It is stated in the Holy Quran, “Whosoever killed a person … it shall be as if he had killed all mankind (5:32).”

The above-mentioned lines absolutely clarify the verdict of Islam through the verses of Holy Quran and sayings of Prophet Muhammad (peace and blessings be upon him). Therefore, Islam rejects and condemns such acts of killings and disinformation. This establishes the fact that, Islam, the belief-system of Muslims, is not responsible for such acts of killings and mass disinformation (falsehood); rather the individuals and society, whose practices are opposite to the teachings of Islam while using religion as the pretext.

The next sequential question is, why the Muslim believers of Pakistan, undertook such an extreme and inhuman act which caused shame and insult to the state and everyone in Pakistan. Those who did this are a betrayed class, either unaware of the true teachings of Islam or they were used as a tool to implement the vested interests of someone else. But, what about those who witnessed this brutal act and did not stop it? Besides, what about the scores of other such brutal acts committed against fellow Muslims and others?

Indeed, there is the element of good governance which grooms the society in the light of an ideological value system, the novelty of the nation, the level of maturity of the citizens, soundness of the educational system, socio-economic factors, people’s belief in the justice system and above all the role of the national hierarchy and administrative setup for establishing and ensuring the writ of the state. Apart from the ruthless killers, the incident badly exposed the entire administrative and hierarchical system of the state; civil administration, the police department, local bodies, the political lot and religious elements. This incident has exposed everyone with a clear identification of serious flaws in the system of governance in Pakistan. There are many factors responsible for the growing intolerance and radicalization of the society. Nevertheless, the root-cause of all these wrongdoings has its foundation in the governance system of Pakistan.

It is the basic responsibility of the state and its governments and the governance system they devise to address the causes which promotes trends like intolerance and radicalization. Have the successive governments and their system of governance identified and addressed the causes of such trends, the socio-economic factors, the moral flaws in the basic educational system, the discrimination based on religious and political affiliations, the debauched system of police investigation and above all the melt-down of state’s judicial system? The United Nations has identified eight broad factors for ensuring good governance. Establishing the writ of the state through rule of law is graded as the foremost factor in this series of actions, where we failed repeatedly. The element of transparency, meritocracy, social justice and being unbiased are the contributory factors towards rule of law and good governance.

The other factors relevant to Pakistan are; equity, inclusiveness, responsiveness and efficiency. All these factors are to be tested through a process of accountability which is found seriously wanting in Pakistan to-date. These ground realities and acts of intolerance seriously point towards flaws in the existing governance system. Thus, the bad governance system prevailing in the country can be blamed as the root-cause of all problems, including the growing trends of radicalization and intolerance in the society.