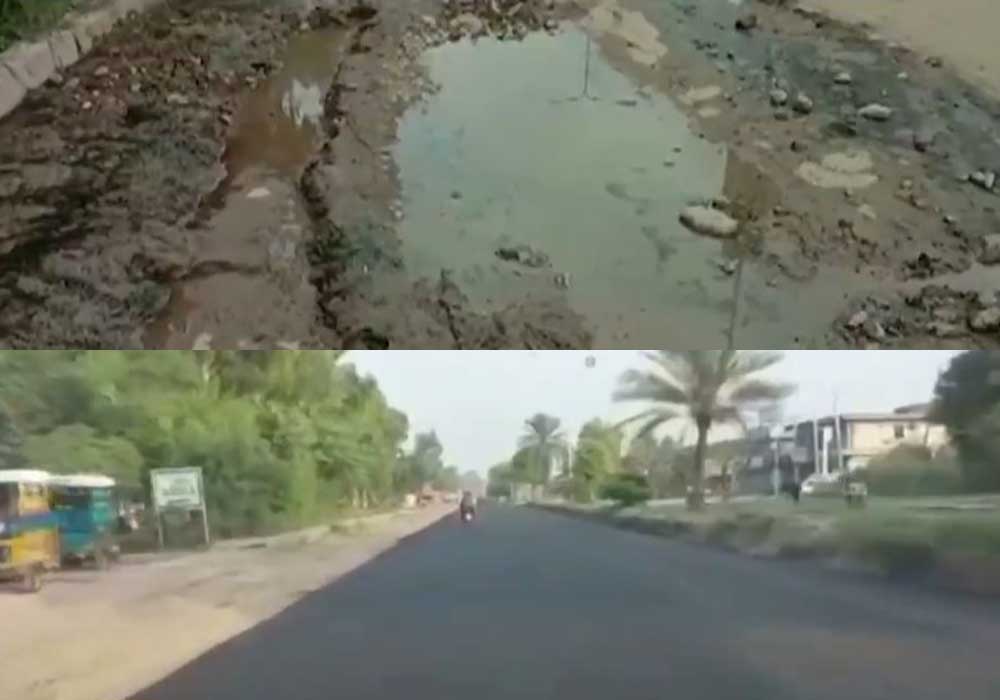 The neglected road of Gujarat Service Mor that could not have been repaired in five years was completed in just eight hours for Pakistan Tehreek-e-Insaf (PTI) Chairman Imran Khan.

To attend the rally, Imran Khan was supposed to reach the venue by the road of Gujarat Service Mor but the road which had been torn out for five years and a headache for the local administration. The road of Gujarat Mor was ready in just 8 hours for the rally venue of PTI Chairman Imran Khan.

Addressing the rally, CM Punjab Pervaiz Elahi offered Imran Khan to contest elections from Gujarat and said that at this time no one could build the Kalabagh Dam except him

Later a vehicle included in the convoy of Imran Khan met with an accident near Rawat and got fire but fortunately, no life was lost as the people jumped out of the burning vehicle to save their lives. Imran’s vehicle was behind the affected vehicle, according to reports.

The ill-fated vehicle had caught fire when Imran Khan’s motorcade was returning to his residence in the federal capital after he addressed a public rally in Gujrat.