"Such movements can prove beneficial to ensure that Balochistan prospers, but one wonders if staging such a demonstration would bring fruitful reforms to change the fate of the most agonized province of Balochistan?" 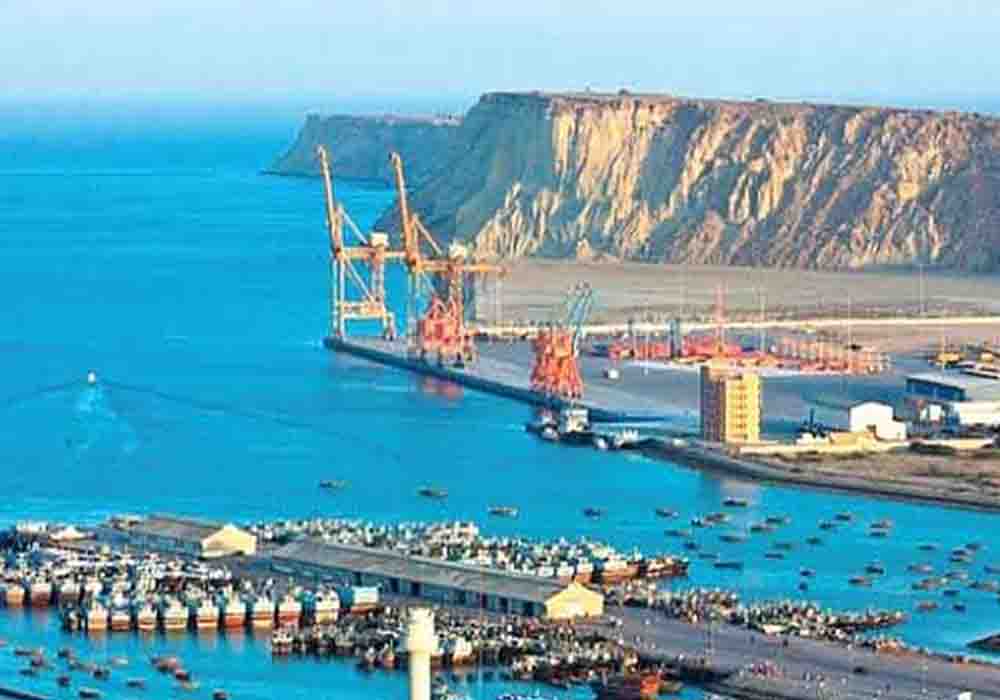 For the last couple of weeks, scores of people including males, females and children have marched on the roads of Gwadar, the hub city of China Pakistan Economic Corridor, remonstrating slogans of rights under the shadow of established ‘Gwadar ko haq do (Give Rights to Gwadar)’ movement, led by the provincial General Secretary of Jamaat-i-Islami, Maulana Hidayat Ur Rehman.

Securing the confidence of the people of Gwadar, Maulana has aimed to expend the established movement provincially. However, the long-running endeavour of Maulana was severe denunciation by local and exiled Baloch activists upon the visit of the ameer of Jamaat-i-Islami, Sirajul Haq, who termed India “the biggest enemy” of Pakistan and cause of growing unrest in the region. Maulana, on the other hand, vows more to be “the voice” of Baloch and residents of Gwadar in the movement, and has told them to cease supporting the sit-in if they found him promoting his party.

There are several reasons most Baloch have no good rapport with Jamaat-i-Islami. One, the student wing of the party timely has conflicts with Baloch students in various universities of Punjab; two, Baloch are a secular nation from the ancient history and they believe more in individual and social freedom other than religious bounding; three, Jamaat-i-Islami have always opposed Baloch nationalism; and the list goes on.

While the ongoing protest in the CPEC-city cannot reach any conclusion for now, the spokesperson of Foreign Ministry of China, Zhao Lijian, said in his statement (November 30) that he did not find the protest in Gwadar “against China” and briefed of “no Chinese trawlers” in the Gwadar sea.

Maulana Hidayat Ur Rehman called this an “unsuccessful attempt” of west converting and displaying to the world their peaceful protest for the provision of fundamental rights into an anti-CPEC protest. He says to be mollified with the development projects under the umbrella of CPEC. China Overseas Port Holding Company (COPHC) Pakistan, which deals with the Gwadar port, was also found in stating that Maulana had cleared from the beginning of the movement in Gwadar that they were not “against CPEC” neither China. In fact, the protestors did not block East Bay Expressway, the road being constructed by Gwadar Port Authority under China Pakistan Economic Corridor.

Nonetheless, the recently emerged movement, which is a ray of hope for many in Balochistan, is also a distress of vanishing the inner anger of the natives of deprivation of their due rights for years. Maulana, who is a leader of true path for some, is deemed a political agent by the others. But, all he is doing now is in favour of the local residents unless time varies it in future.

Demands of the protest

Protesters of Gwadar had in their list thirteen demands which changed to nineteen with the intensity of the sit-in. They have two leading demands – one, to halt the trawler mafia from coming within the legal boundary of the sea making it difficult for the local fishermen to carry on with their living, and two, to refurbish the trade in Pakistan-Iran border which has been the source of income for several families of the district. The other demands include free movement of fishermen in the sea, removal of unnecessary check-posts in Gwadar, Makran Coastal Highway and other routes, bar on wine stores of Gwadar, establishment of a university in Gwadar, recruitment on vacant posts of non-teaching staff of education sector, check and balance on counterfeit medications, arrears on utility bills should be waived while special subsidy should be given by declaring Gwadar city a natural disaster area, recovery of cars and boats seized by coastguards, provision of clean drinking water for all the citizens of Gwadar, prioritizing the residents of Gwadar on posts under Gwadar port and CPEC, district administration to act accordingly with victims of Tarbela dam, remove charges against the leader of “Give Rights to Gwadar” movement, Maulana Hidayat Ur Rehman, and removing his name from fourth schedule list, ratification of damage to victims of hurricane and fishermen’s nets etc. by trawlers, immediate transfer of DG GDA, Deputy Commissioner Gwadar and Assistant Commissioner Gwadar, quotas for persons with disabilities should be implemented in federal and provincial departments, etc.

In a short span of time, Maulana’s “Give Rights to Gwadar” movement has gained loud audience all across the country. Residents of Makran – from various towns and villages – have joined the protest to show solidarity with the inhabitants of Gwadar, and above all, to illustrate to the authorities concerned that it is not merely Gwadar going through the mentioned queries, but the whole region, nevertheless, the province is affected with such anguish. Feeling the need of the people, Maulana announced to expand the movement to the overall province so as to reclaim the fundamental rights enshrined in the Constitution of Pakistan.

Besides this, numerous rallies have taken place in the other parts of Balochistan and the other provinces showing solidarity with Gwadar’s movement for basic amenities. Social media sites are chanting support for Gwadar and its people. Rallies of women and children in Gwadar enhanced the worth of the movement and put forward a clear indication that the movement was supported from people of all walks of life. Local film actors have been participating and staging dramas and plays in nights to portray the scenario of the city and ask the higher authorities’ attention.

In other words, the movement has become more a public movement. From local to exiled Baloch and the other nations of the country, everyone shows moral and individual back-up and deem Maulana’s demands wholly legal and of utmost importance. Becoming the hub city of CPEC, the movement has attained more sympathy for the locals countrywide which has increased the mounting pressures on the newly established government of Mir Quddos Bezinjo.

The provincial government of Balochistan has had negotiations with Maulana Hidayat Ur Rehman to end the protest and his demands would be met, but that could not satisfy the protesters. Led by Zahoor Ahmed Buledi, the provincial minister for planning and development, the government team asked for time for meeting some demands, howbeit, they ensured of accomplishment of some demands. Senator Kahuda Babar Baloch claimed in a tweet that measures were taken and all the “demands are almost met”. He further requested Maulana to finish the protest.

Zahoor Buledi also said in his statement that they have had “meaningful negotiations” with Maulana and his team and would bring about “positive implementation” to the soonest.
In a meeting, Chief Minister of Balochistan, Mir Abdul Quddos Bizenjo said that doors were always open for protesters for solution of the problems.

Progress of the protest

On one hand, where Maulana has vowed to stay on roads unless their demands are officially met in practice, on the other end, government seems to be following the protest to lead it to a conclusion either way. The government claims the procedures have begun that would accomplish the needs of protesters, but protesters complain of witnessing trawlers – one of their leading demands – still in the sea in the Jiwani tehsil of Gwadar. It has led to disbelief of the protesters towards the words of the government.

Various local administrative orders have been issued on some of the demands like bar on wine stores, checking and balance on medical stores and trawlers, opening of border, removal of unnecessary check-posts and so forth. However, these could not affect the movement. But all these dilute when the protesters look at a large number of military deployed to Gwadar who are threatening the protesters to end their protests in a timely manner and warning them of serious consequences.

Balochistan is the richest-in-resources province of Pakistan, it still lacks ‘deserved’ development. Such movements can prove beneficial to ensure that Balochistan prospers, but one wonders if staging such a demonstration would bring fruitful reforms to change the fate of the most agonized province of Pakistan? Because we have seen scores of such protests and demonstrations back in 2009, 2010, 2011 and 2012, but that merely worsened the circumstances of the province. It is yet to be perceived if the ongoing “Give rights to Gwadar” movement will have diverse outcomes. The people of Balochistan have always looked for a way of drawing their grievances to the state, and such a long-held sit-in helps them gain state attention towards the people. The coming few days can be decisive for the fate of Gwadar and Balochistan. In fact, a large number of military personnel are deployed to Gwadar, who are threatening the protesters to end their protests and warning them of serious consequences.