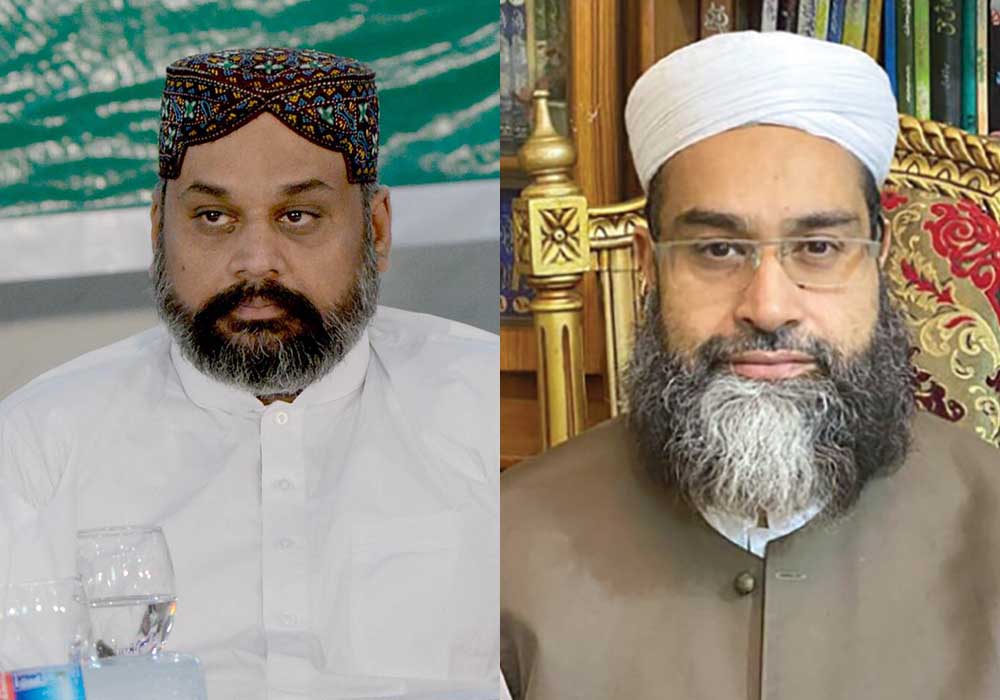 The Punjab government on Monday sacked Hafiz Tahir Mahmood Ashrafi from the post of Muttahida Ulema Board chairman.

Sunni Ittehad Council (SIC) head Sahibzada Hamid Raza will serve as the new chairman of the board, as per provincial government notification.

Besides its official role in creating religious harmony, the Muttahida Ulema Board overviews cases registered in Punjab under blasphemy charges.

The Sunni Ittehad Council is a conglomerate of different religious organisations of the Sunni-Barelvi school of thought. Formed in 2009, the council split into two factions a few years ago. The other faction is led by Syed Mahfooz Shah.

Ashrafi is currently serving as the special assistant to the prime minister on religious harmony. He was appointed to the post by former prime minister Imran Khan and he holds the position even after Khan’s removal through the vote of no-confidence in April.

His patronage by the royal family of Saudi Arabia and close relations with the military establishment is said to be the reasons behind his appointment to the post equal to the status of a federal minister. He was the only person who was part of government delegations to Saudi Arabia led by Khan and Sharif in recent years.

Ashrafi is also heading a faction of the Pakistan Ulema Council-a body representing all schools of Islamic thought. A Deoband-Sunni by faith, Ashrafi is considered a moderate scholar and strong advocate of inter-faith harmony. Some hardliners dub him “sarkari molvi” (state-backed cleric).

Ashrafi’s spokesperson claimed that his removal from the post was based on political reasons as he had opposed the registration of recent cases against Pakistan Muslim League-Nawaz (PML-N) leaders Maryam Aurangzeb and Javed Latif.

He was serving as the head of the board on extension as his three-year tenure had ended one-and-a-half-year ago.

Punjab Auqaf and Religious Affairs Department said in a notification that Ashrafi has been de-notified from the post with “immediate effect” following the approval of Punjab CM Parvez Elahi.

“Sahibzada Hamid Raza, the head of Sunni Ittehad Council, has been appointed as the new chairman of the ulema board,” said the notification.

The development came a day after Elahi vowed to restore the Seerat Academy and reactivate the Muttahida Ulema Board for the promotion of religious education while speaking to the now-ousted chairman Ashrafi in Lahore on Sunday.

The Punjab CM had also pledged to start MPhil classes at the Seerat Academy with the support of the Al-Azhar University in Egypt and the Islamic University of Madina.

Ashrafi had appreciated the government’s decision to pass the ‘Muttahida Ulema Board Act’ during Sunday’s meeting.