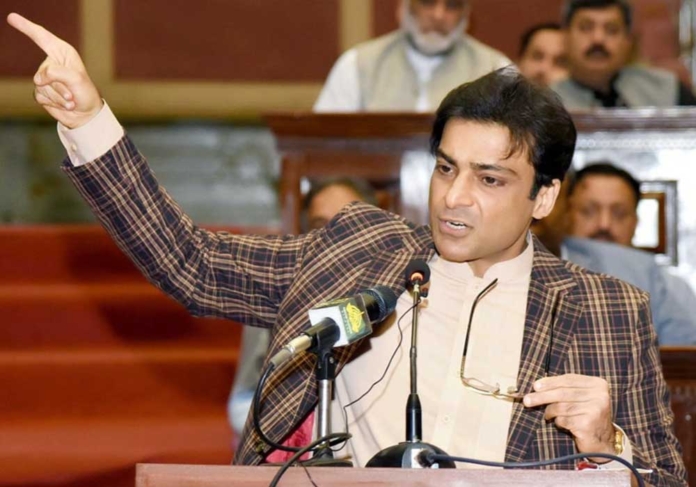 Punjab Chief Minister Hamza Shehbaz on Friday said that from July 1, all public sector hospitals in the province would provide free medicines to the patients, while the laptop scheme would also be restored and women, especially teachers, would be given 12,000 scooties.

Addressing the budget session being held in Aiwan-e-Iqbal, the provincial chief executive said the “mess” created with regard to the constitution would hardly find any precedent in the history of Punjab. He regretted that the custodian of the House trampled upon the constitution and the law. He denounced that the people of Punjab waited for the budget but the opponents’ ego and obduracy bulldozed everything.

Without naming former prime minister Imran Khan, Hamza said that conspiracy and anarchy were themselves manifested in the politics of the one making tall claims regarding the two. “Sometimes he attacks the institutions and at times the country. His politics is centred around the jargon ‘if I did not come’,” he said, adding that ego was disliked by the Almighty as well. “A person sitting in the Presidency played a subservient role to Imran Khan and the history will remember Arif Alvi as the constitution-breaching president.”

The Punjab CM highlighted that despite the absence of a cabinet, Rs200 billion subsidy had been granted on wheat in order to provide relief to the people of the province. He disclosed that the Pakistan Muslim League-Nawaz (PML-N) launched the health card project and “we are further improving the healthcare system”.

“Now, the rich people will also benefit from the health card and I myself have the right to benefit from the health card,” he added. He announced that from July 1, free medicines would be provided at district headquarters and tehsil headquarters hospitals of 36 districts of Punjab, while cancer medicines would also be provided.

He stated the cameras of Safe City project would be made functional, and added that 8,000 kilometres of roads would be constructed and repaired to ensure farmers’ direct access to markets.

He revealed that his government would issue interest-free loans to the farmers, besides provision of other facilities.

Hamza underscored that the Pakistan Kidney and Liver Institute (PKLI) was a flagship project of the PML-N and the project costing billions of rupees would be restored to its original condition in a few months.

He said the government allocated Rs240 billion funds for southern Punjab, which was 35 per cent of the development budget. He said that the laptop scheme was going to be restored for the youth of Punjab, adding that 12,000 scooties would be given to the women and lady teachers. He disclosed that a 500-bed hospital in Gujranwala would be completed during the current year.

He also announced setting up a university in Gujranwala, adding that the Punjab cabinet had given approval to the new local government system. He informed that 4,015 union councils would be transferred funds amounting to Rs55 billion, adding that each union council would be provided Rs10.8 million.