Hamza tries to mend ties with PPP in South Punjab

PPP had reservations over award of tickets 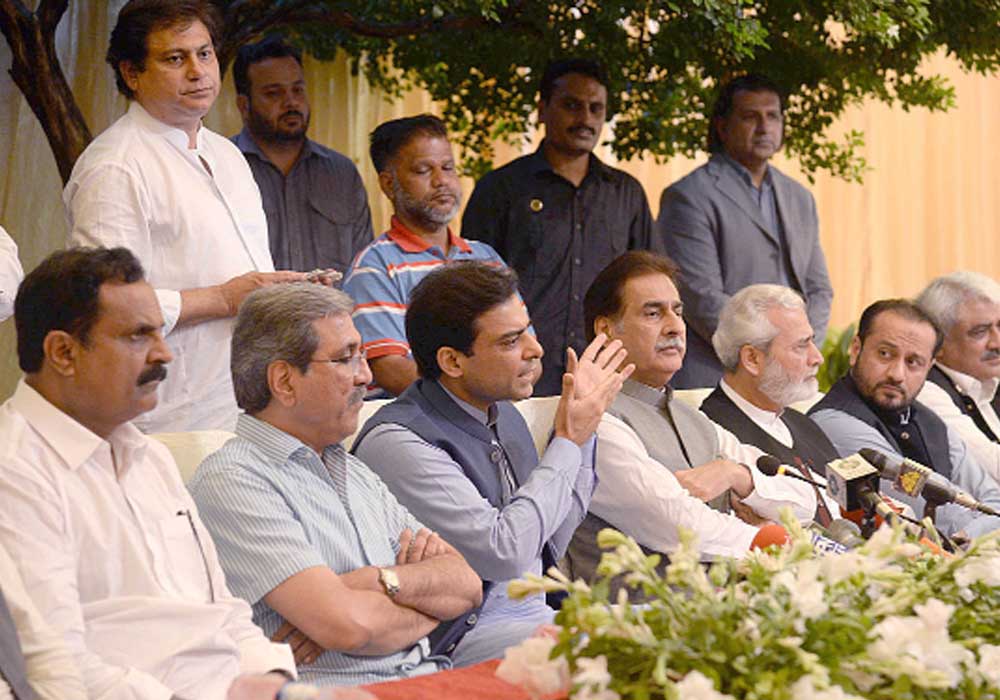 Insiders told this scribe that the PPP South Punjab earlier had some reservations regarding the upcoming by-polls and therefore Hamza rushed to meet Ahmed Mehmood to address their grievances.

It is worth mentioning here that the PPP has seven MPAs in the Punjab Assembly and 6 belong to South Punjab. Only Hassan Murtaza hails from the Chiniot district of Central Punjab. All other MPAs, including Makhdoom Usman Mehmood, Shazia Abid, Ali Haider Gilani, Mumtaz Chang, Ghazanfar Langah and Raees Nabil hail from South Punjab’s districts of Multan, Rahim Yar Khan and Muzaffargarh.

According to insiders, the PPP representatives from South Punjab had some reservations regarding the award of tickets and therefore they were not actively campaigning for the PML-N candidates despite the fact that the PPP has already pledged its support to the PML-N in the by-polls.

It should be noted here that 8 out of 20 constituencies where by-elections are being held fall in South Punjab where the PPP also has its own vote bank. Maryam Nawaz also visited the Layyah district of South Punjab on Wednesday to muster support for the PML-N candidate.

On Wednesday, Ahmed Mehmood directed the MPAs to run the campaign of PML-N candidates in the South Punjab belt for the by-polls scheduled for Sunday. Addressing a joint press conference after the meeting, Ahmed Mehmood said that both the PML-N and the PPP would “correct the direction” of Pakistan together. “I am grateful to the Punjab CM for listening to our workers from South Punjab,” he said. He added that difficult decisions were made keeping in view the condition of Pakistan, as the decisions were meant to strengthen the country.

Hamza Shehbaz said that political parties of Pakistan got together on one platform only for the sake of the country. He added that heaps of garbage used to be seen on the roads in Lahore during the last four years, but now everyone was appreciating “our arrangements on the eve of Eidul Azha”. “By the grace of Almighty, we’ll win all the 20 seats in the by-polls,” he said. He went on to say that not a single party could steer Pakistan out of the quagmire and that “we all should work for this country”.