‘Happy with my decision of marrying you!’ 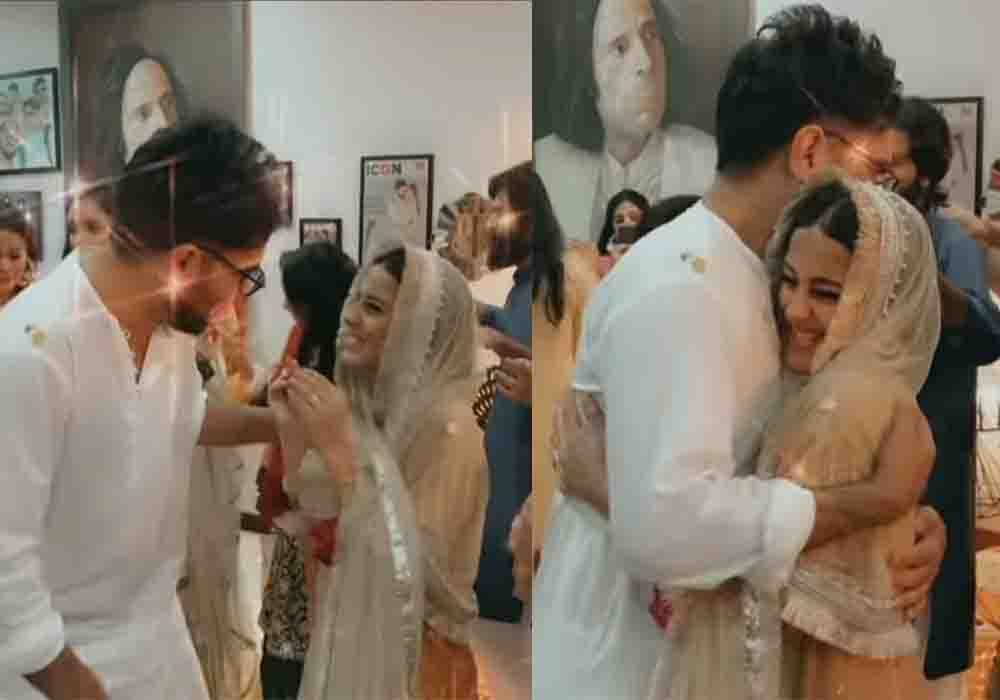 Iqra Aziz and Yasir Hussain celebrated their second wedding anniversary on December 28 amidst friends and family, with the house all set using wedding décor. The husband and wife too, were dressed in clothing the kind of which is worn at functions of Mayun or Mehndi.

Iqra Aziz shared a small video clip from the event, in which she was found ecstatically hugging her husband, while the caption went like:

“Still happy and content with my decision of marrying you.” Many found the statement humorous for its undertones which suggested that Iqra Aziz took her time saying yes to Yasir Hussain, but is now satisfied with her decision.

The wife also added a wish for a “better and loving future and most importantly” their “growing family”. The husband Yasir Akhtar also wished a happy wedding anniversary to his wife, sharing a photo from their wedding and adding that he has realized how beautiful marriage is, and also wants the rest of their life to be spent in the same, happy-go-lucky manner. At the end of the post was also a short wish for a further expansion of the family.

Advertisement
Share
Facebook
Twitter
WhatsApp
Email
Print
Previous articleIn contemporary music, Asees ‘tying a knot in air’ successfully
Next articleDiksha Basu has one of her novels under adaptation for TV