Has a new wave of ‘militancy’ begun in Swat?

After the recent tensions in Swat, fear has once again spread among the people and many questions are being raised, like how the Taliban came back, why the government and the Taliban are negotiating without including the people of Swat, and why this wave of terrorism is being fueled in Swat once again 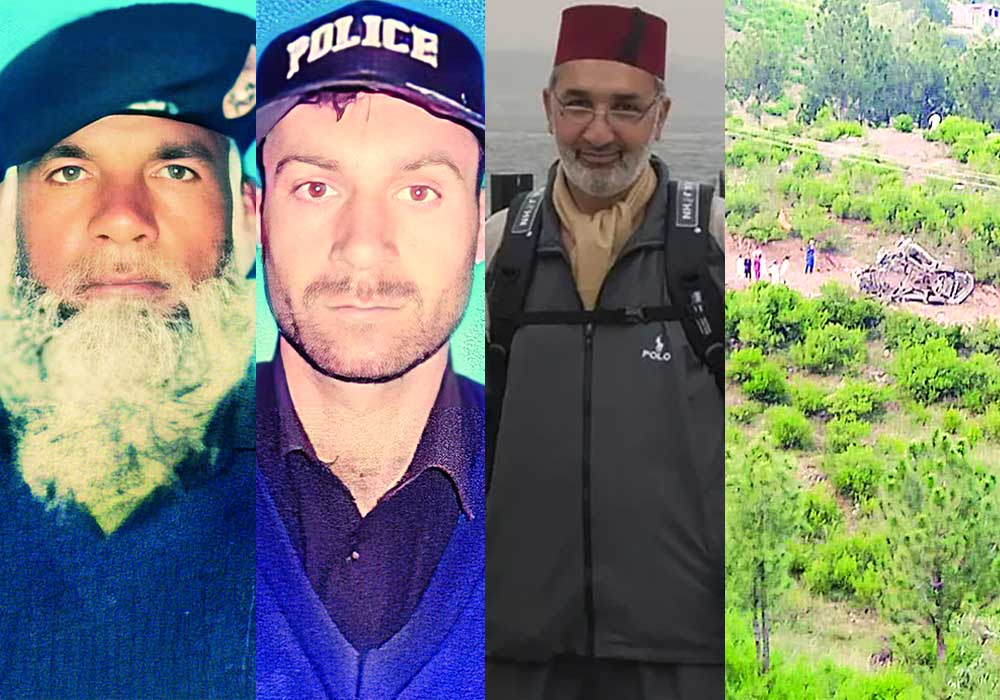 The new wave of terrorism in Swat has once again made the public worried. The killing of eight people, including a member of the peace committee, in a remote control blast in Bara Bandai, abduction of seven employees of a mobile company, threats to members of the provincial assembly and threatening letters for ransom to various individuals have raised many questions. There has been a public outcry against the new wave of terrorism.

The other day, a remote control bomb took out the car of Idris Khan, a member of the peace committee, in Bara Bandai Kotke area of Kabal tehsil of Swat, in which Idris Khan, two policemen and five passers-by were killed.

According to District Police Officer Zahid Nawaz Marwat, the bomb was planted in the middle of the road. He said a loud explosion was heard as soon as the car of the peace committee member arrived. He said that after the incident, a heavy contingent of police reached the scene and collected evidence. Also, bodies of the deceased were shifted to Saidu Sharif Hospital for post-mortem.

According to police, a search operation had been started in the area after the incident, while check posts were being established at all entrances and exits of Swat. The funeral prayers for the two policemen were offered at the Police Lines, which were attended by senior police officers.

Khyber Pakhtunkhwa Chief Minister Mahmood Khan expressed regret over the incident and said in a statement that he would not allow further unrest in the province. He also directed the Khyber Pakhtunkhwa IG to submit a report regarding the incident. Also, seven employees of a mobile company were abducted by unidentified persons from Jana area of Matta tehsil, and Rs100 million was demanded in ransom. Two people are still in the possession of their captors.

In Swat, on August 8, five people, including DSP Pir Syed, were abducted by the Taliban in the mountains of Matta. On August 15, the police had also set up a checkpoint at the place where the presence of the Taliban was reported. After the recent tensions in Swat, fear has once again spread among the people and many questions are being raised, like how the Taliban came back, why the government and the Taliban are negotiating without including the people of Swat, and why this wave of terrorism is being fueled in Swat once again.

Zafar Hayat, a social worker of Swat, while talking about this, said, “We have had many funerals before. We have become homeless. We have seen destruction. We cannot see destruction anymore. We cannot be part of the war anymore.” He said the government should explain its position to the people in the context of recent events, and tell why the Taliban had returned, and what factors were involved in their return.

Former federal minister Murad Saeed also released a video the other day in which he addressed the unidentified masked men and those who brought them, saying that the DSP had been kidnapped earlier too. “Threats have been – and continue to be – given to our MPs, which was beyond comprehension.”

Murad Saeed further said that when the Taliban had gone back, why they had returned. “We have established peace in Swat and Malakand division after a lot of sacrifices, which will not be allowed to be sabotaged. Those who bring the Taliban together should put forward their position and remove the unrest spread among the people.” Murad Saeed also appealed to the people of Swat to stand up after the recent tensions and support “us so that peace prevails and further destruction does not become our destiny”.

In Swat, people are suffering from fear, while the civil society has come out in the streets for peace. A demonstration for peace was held in Nishat Chowk, in which people belonging to different walks of life participated. Shahab Shaheen, a participant, said the government should play its role in establishing peace in Swat. If the government does not do so, we will have to take up arms.” Opposition and government officials in other parts of the province have reportedly received threatening calls and letters, demanding ransom.