Has â€œJuda Hue Kuch Is Tarhaâ€ successfully cleared the controversy it sparked? 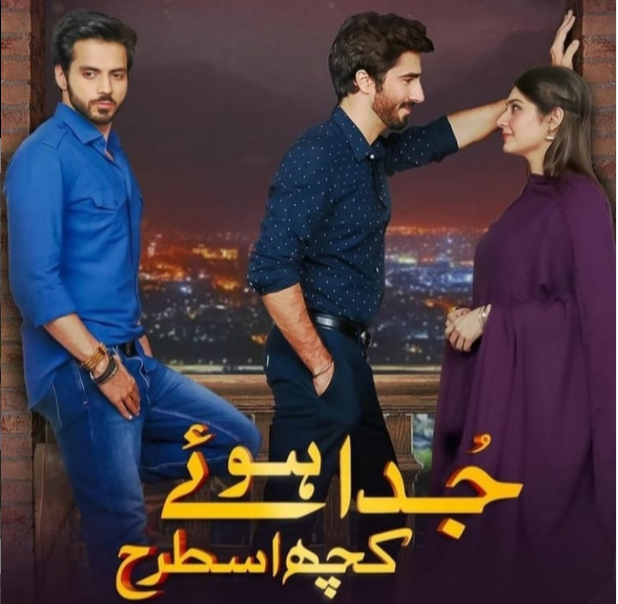 The 20th episode of HUM TVâ€™s drama serial â€œJuda Hue Kuch Is Tarhaâ€ sparked a lot of controversy even before its release, for the trailer showed a blunder committed by the family, that of wedding foster siblings without knowing that they have been breastfed by the same mother.Â

As soon as the trailer of this episode went on air, there was an uproar on social media. While the majority showed resentment on a national televisionâ€™s decision to deal with such sensitive a topic, a few even made fun of the serial for copying a popular English season known for showing an incestuous relationship. What concerned the viewers was that how a family could be shown being so careless so as to wed two people who have been milked by the same woman, all the while not knowing about it. Following the uproar, clerics added that this is a case of a severe lack of knowledge, for whenever a woman breastfeeds a child other than her own, she does it either with the permission of her husband, or with a couple of people knowing about it in order to avoid any misunderstanding, the kind of which has erupted in the story of â€œJuda Hue Kuch Is Tarhaâ€.Â

However, when the complete episode aired, a lot of confusion was cleared when it turned out that calling the couple foster siblings was a lie told by one of the characters to create a serious misunderstanding between two lovers and finally force them to get separated. It so happens that the house-maid is offered five lacs by a few family members to lie before the cleric that she has been a witness to Maha (Dur-e-Fishan) and Asad (Nabeel Zuberi) being fed by the same mother while her husband was away for work. Thus, it is after being bribed that the maid decides to execute the plan as conjured up by the relatives.Â

The episode lessened the uproar by making it clear that the husband and wife are not siblings, but are wrongly being called so for a successful execution of some of the family membersâ€™ motives. It can be said that the trailer was deliberately made in such a manner that only chunks were shown to create curiosity and acquire maximum attention and ratings. However, although the episode provided a complete context which gave its fair share of justification to the viewers, people still wonder why of all the conspiracies, one would want to label a husband and wife as siblings to cause separation between them. How could the writer, or whoever gave the writer this idea for developing a narrative, come up with such a disgusting family conspiracy?Â

Â Even if for the worse, â€œJuda Hue Kuch Is Tarhaâ€ is now a name known to every Pakistan for the controversy it gave birth to, and what else do the producers need? They became successful in inclining numerous people to watch this specific episode, even if not the entire serial, just to see what the furor is about.Â