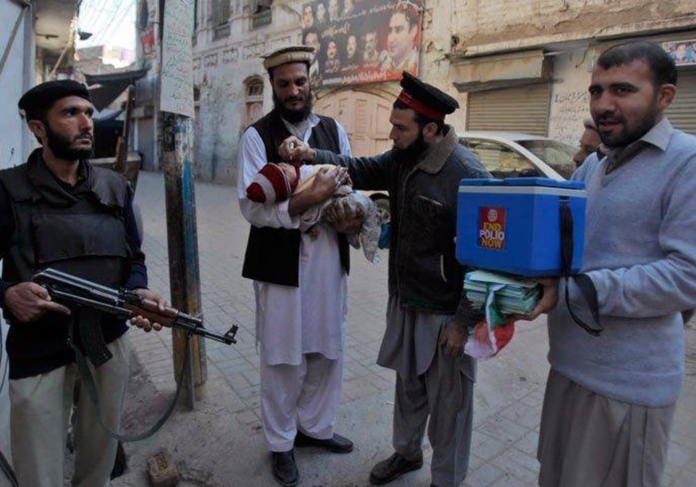 The heinous trend of attacks on Polio vaccination teams continues as three people including two policemen were killed in North Waziristan on Tuesday, according to police officials.

Two policemen identified as constable Raza Ullah and constable Din Shaheed, along with a Polio worker, Rasheed Ullah, were killed by unidentified assailants while one civilian was injured in the incident.

All three killed were residents of Dattakhel and were on their duty of polio vaccination during the ongoing polio-free campaign in the area of North Waziristan. After the incident, the police and security forces cordoned off the area and a search operation for arrest of culprits was started.

It is also important to note that the country-wide toll of Polio cases has reached a number of 11 in 2022 after a new case was reported last week in an eight-month boy from Mir Ali, North Waziristan.

Pakistan and Afghanistan are the only two countries left in the world with the crippling disease.