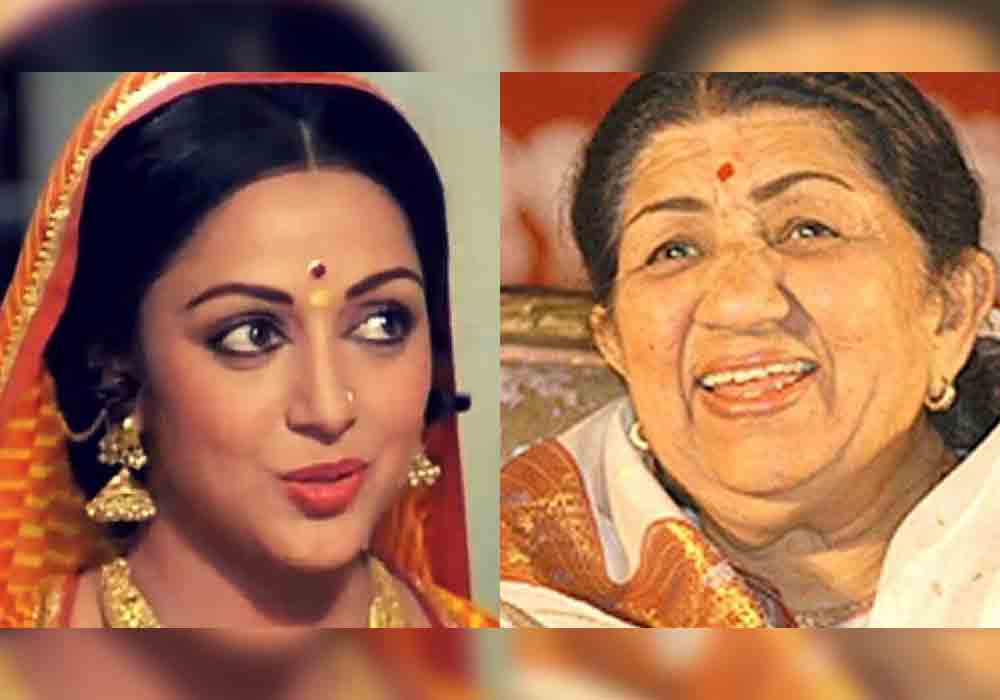 Late singer Lata Mangeshkar was the voice behind several female actors across decades but veteran actor Hema Malini believes it was her “privilege” that Lata Didi sang some of her biggest hits, including the cherished Naam Gum Jaayega from the film Kinara. But despite having some big hits with the ‘Nightingale of India’, Hema has one big regret regarding her journey with Lata Mangeshkar.

In a recent interview, Hema recalled that when she played Meerabai on screen, she had wanted Lata Mangeshkar to be her voice, but the veteran singer refused. Hema recalled that playing Meera was a dream role for her and this dream came true in the 1979n film. “It was producer Premji, who made many hits with me and Dharamji, to whom I suggested a film on Meerabai,” shared Hema with rediff.com. Hema shared that she was the one who brought Gulzar on board as a director and suggested that Lata Mangeshkar sing the bhajans.

“But when Lataji refused to sing the Meera bhajans, the project was ruined.

Lataji had been my voice all through my career. Now when I was doing my most cherished role, she opted out,” she said. The Baghban actor said that she personally requested the Bharat Ratna awardee to sing but she “politely refused.” “I personally requested Lataji to sing, nahi to Meerabai ki awaaz nahin hogi (or Meerabai will not have a voice). She politely refused, saying she had vowed not to sing Meera bhajans after having sung them for her brother Hridaynath Mangeshkar,” Hema recalled. The film’s music was composed by Pandit Ravi Shankar and the vocals were given by Vani Jairam. “Vani Jairam is a fine singer, but her voice didn’t suit me. It will remain my one regret that Lataji didn’t sing for me in Meera,” shared Hema Malini. courtesy the indian express.