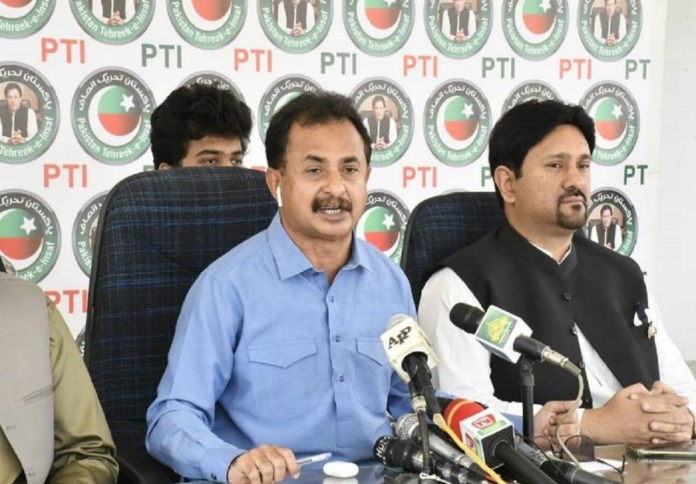 Leader of opposition in Sindh Assembly Haleem Adil Shiekh on Tuesday said the present system is infected with corrupt people and there is no relief and justice for the poor and underprivileged people of the country.

He said hidden hands are running the affairs of the government. He said the FIR of attack on a former Prime Minister could not be lodged due to that infested system.

Haleem said some ‘political dwarfs’ are criticizing Imran Khan, whom he termed a great leader of the Islamic world. “These jokers are using un-parliamentary language against Khan to please their masters,” he said while addressing a crowded press conference at his office in the Sindh Assembly, he said Imran Khan lives in the hearts of the whole nation.

The PTI leader said the beneficiaries of the martyrdom of Benazir were enjoying their rule in Sindh and in share in the federal government. Had she been alive, the people in power currently would have been nowhere.

Haleem Adil said their long march was resuming on Thursday. When it would reach Rawalpindi, a sea of people would join it. He said PTI would form the next government with more than a two-thirds majority. He demanded to include IGP Punjab in the probe against the murderous attack on PTI Chairman Imran Khan. Sheikh said the arrested accused was just a puppet and a drug-addicted person who was used by actual criminals.

He said they did not accept the registered FIR on the complaint of a cop. He said three names given by Imran Khan should be included in that FIR.

The PTI leader said that the Local Government Act in Sindh was against the Constitution and they had protested against it. Hanif Samoon