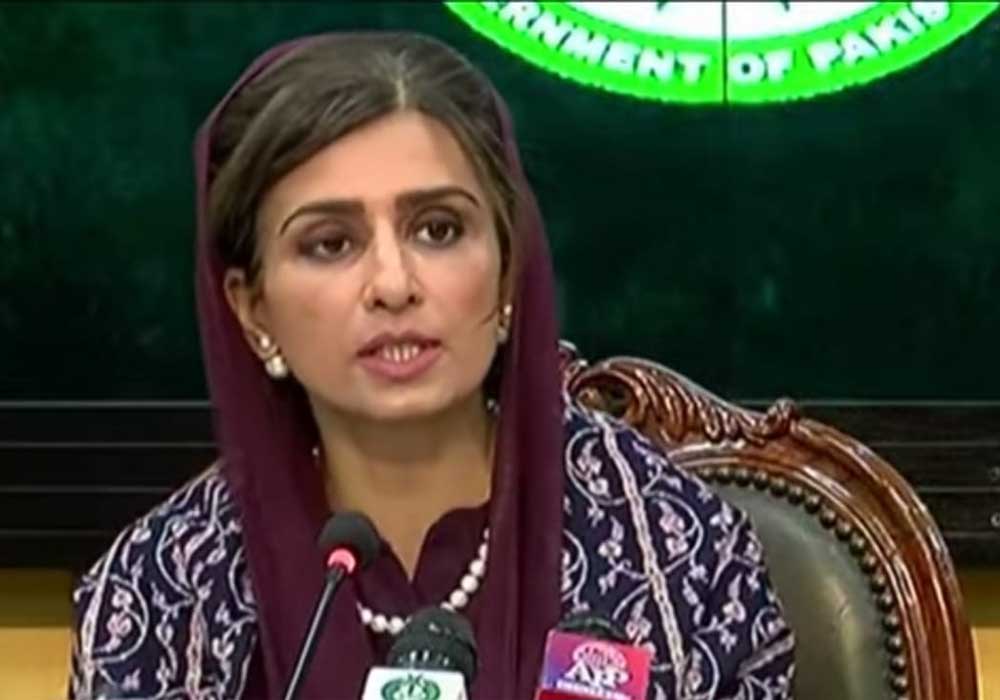 The State Minister for Foreign Affairs Hina Rabbani Khar has strongly condemned India for its involvement in terrorism in Pakistan and said that the world was in a unique place right now because terrorists are projecting themselves as the biggest victims.

“While talking about terrorism from fictitious sources, terrorists banged the drum in the roles of Security Council presidents. We are also in a unique position because nobody is willing to call hypocrisy out for what it is: a plain, basic, apparent hypocrisy.

She asserted that it was vital to “call a spade a spade” when there was undeniable evidence.

“This particular effort is to bring things to the world’s attention, to expect people to see things based on facts, and to urge them to do so.”

She said that the foreign secretary had called the diplomatic corps earlier in the day and given them access to the “dossier.”

“As you are already aware, this dossier contains information and proof that India was fully responsible for the incident that resulted in the deaths of people. And unlike our neighbours, we don’t go the next day and point the finger at one or the other nation. We held off on presenting the case we are presenting today until we obtained substantial, supporting evidence.

Addressing the Lahore explosion, she claimed there was irrefutable proof that India organized and backed the terrorist act. “It demonstrates India’s ongoing hostility toward my country and its use of terrorist front groups to further terrorist goals.”

Khar continued by saying that although some of the attackers had been apprehended, the “masterminds and the facilitators” were still at large and under Indian official protection.

“I can tell you that the Pakistan government will pursue this at every level.”

“No country had used terrorism better than India,” the state minister said, emphasizing that India’s goal was to use terrorism to undermine Pakistan’s peace and security.

She continued by saying that despite having made no contributions and simply lip service, India was presenting itself as a leader in the fight against terrorism.

“If you compare Pakistan with India, you will find that Pakistan is constantly at the forefront of counter-terrorism, ensuring that we are a player in the world to try to make sure terrorism does not continue to haunt us.”

She continued by claiming that by preventing the listing of Indian terrorists who were openly assisted and funded by the Indian state, India has been crippling the UNSC sanctions regime.