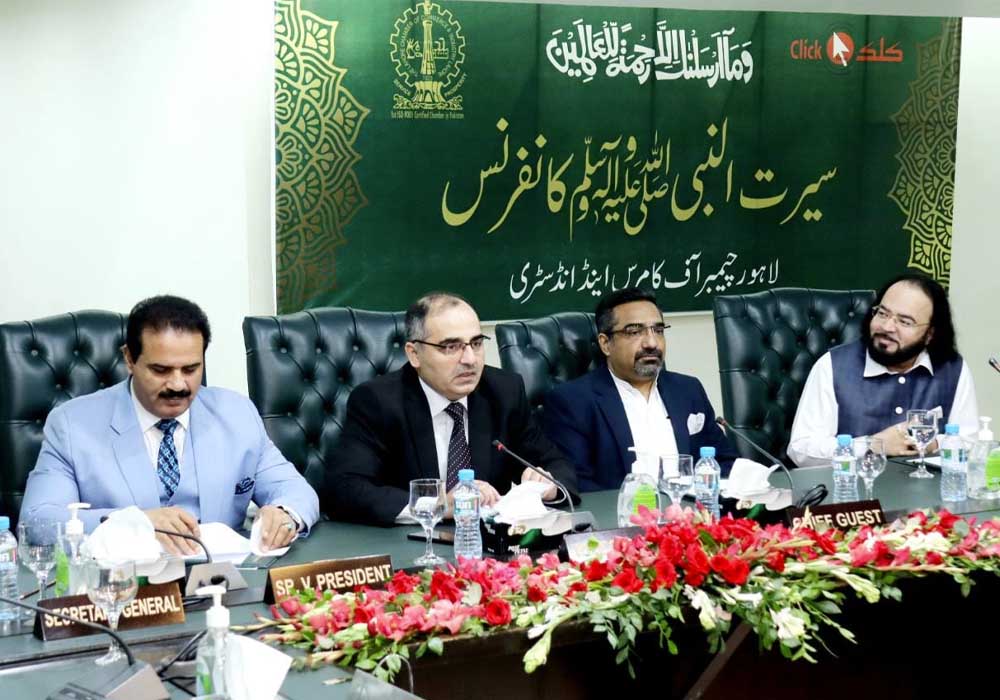 The life of Holy Prophet Muhammad (PBUH) is the role model for everyone on the planet. This was stated by the speakers of Seerat-un-Nabi Conference organised by the Lahore Chamber of Commerce & Industry (LCCI) on Thursday.

Sharifzada said that religion should be a part of our life. “The shortest and most comprehensive introduction of the Holy Prophet Muhammad (PBUH is “Rahmat” and if we follow the way that the Prophet Muhammad (PBUH) used to treat his enemies then our life will become a lot easier. He said that Seerat-un-Nabi (PBUH) is a beacon for us in every field.

Expressing his views at the Sirat Conference, the Commissioner Lahore Division Muhammad Aamir Jan said that the holy month of Rabi-ul-Awal is a source of mercy for us and this is being celebrated by the devotees of the Holy Prophet (PBUH) with full faith. He said that deep love for the Prophet is our faith and solution of all our problems can be minimized by following the teaching of Holy Prophet (PBUH).

LCCI Senior Vice President Chaudhry Zafar Mahmood said that the recitation of Naat is the best way to express the love with the Holy Prophet (PBUH) which strengthens one’s faith.

The LCCI office-bearers said the whole life of Prophet Muhammad (PBUH) is a role model for everyone throughout the globe, especially those who believe in Allah and Judgment Day.

Later on, the participants of the Seerat-un-Nabi Conference shed the light on the Uswa-e-Husna of the Holy Prophet Muhammad Peace Be upon Him in their speeches.