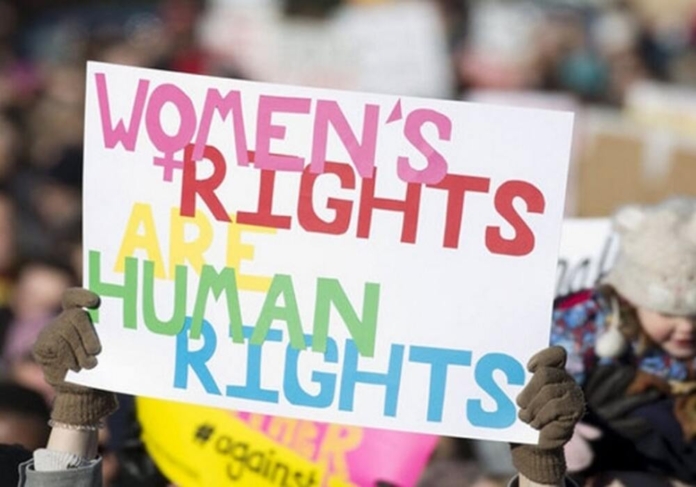 In the patriarchal structures of our society violence against women is considered a normal practice. Where no matter what working status a woman enjoys, she is seen in subordinate roles. Women are taught to be submissive and inferior beings. Both men and women can be victims of violence; however, women are more vulnerable due to their positions within the home, at the workplace and in society. Violence is any act or threat that hurts women dignity. This violence can be physical, sexual, economic and mental in nature. Women face oppression since the beginning of age. Over the years patriarchy has become deep-rooted in a mindset to subjugate women.

In Pakistan, domestic violence is considered a private matter, as it occurs in the family. Spousal abuse is rarely considered a crime socially unless it takes an extreme form of murder or attempted murder. Various forms of domestic violence include physical, mental and emotional abuse. According to an estimate, approximately 70 to 90% of Pakistani women are subjected to domestic violence. Almost one in three married Pakistani women report facing physical violence from their husbands. Only 22% of women are formally reported to participate in the Pakistani workforce. There are presently 12 million Home-Based Workers (HBWs) in Pakistan and 80% of them are women their number is growing with each passing day. Due to a lack of health and safety measures these workers face accidents and suffer from different diseases. Despite all of their hardships, these home-based workers are not even considered workers under any labour laws, which is why they are deprived of all facilities and perks provided under these laws. Women are the targets of such discriminatory behaviour by society including profit-hungry industrialists who make the lives of working women even more difficult. Industries were outsourcing work to women at home while not caring about their rights to adequate wages, health and safety allowances, social security and others. He added that investors exploited women and underage workers by offering them the lowest rates.

Merely 27 years old Sultana is a true example of gender-based violence. Sultana was married at a tender age without her will. Carrying the orthodox mentality of early child marriage, her mother forced her into an arranged marriage. Her in-laws detested her presence and to them, she was a maid for their house. Socialized to be a submissive woman like many others in our society, Sultana never raised her brows at her ill-behaved in-laws. When Sultana gave birth to her first child, a daughter, she was verbally abused by her in-laws as bearers of “solely daughters”. The behaviour of her in-laws worsened upon the birth of her second daughter. She tolerated the abuse for the sake of her family and to protect their honour as divorce is associated with stigma for a woman. She thought that things will change as later she gave birth to a son, but soon her husband planned to go to Dubai for a job, leaving her behind with his cruel mother, his sister and her husband. Aware of the lecherous acts of her male in-laws, Sultana demanded her husband shift her to a new house as she wasn’t comfortable with her male in-laws alone in his absence. Her husband refused to fulfil any such demands. Sultana was more worried about her daughters than herself. All her pleas were disregarded by her husband which led her to take a strong decision to file for divorce. Unconcerned for her children, her husband agreed and fled to Dubai leaving Sultana and 3 children behind.

Having dexterity in stitching and stone work Sultana started as a home-based worker to earn for her children. She was introduced to HomeNet Pakistan (HNP) by HNP’ social mobilizer. HNP strives to empower HBWs to realize their economic, political and social rights through the strengthening of their respective organizations, adoption of fair-trade practices, resulting in the improvement of their working and living conditions. So, Soon Sultana became a member of HNP and attended numerous trainings to empower herself socially and economically. Among these trainings were financial literacy, leadership, ecommerce, capacity building, group formation, business development, digital literacy and training of trainers. With the help of these trainings, Sultana was able to gain bargaining and skills, communication skills, costing and soon she formed her own group of 50 women home workers.

Initially, Sultana used to work for someone but with progress in work, she started getting work in bulk, enough to provide for her own group of workers.

She further attended the awareness sessions of HNP that included, awareness of HBWs law, study circle on early child marriage, Violence against women and exposure visits to market and women development department. The exposure visits helped her acquire knowledge of various products and they’re worth in market. 95% of women home-based workers are unaware of their rights as women and thus end up becoming an easy victim of gender discrimination. Upon consulting the advocate through the exposure visit, arranged by HNP, Sultana received guidance and soon filed a case against her husband for maintenance of their children. Sultana believed she could’ve done this early but she was unaware of her rights and laws for women. From a stage where she begged her husband to stay home, Sultana now is empowered and has become economically such independent that her ex-husband wants to reunite with her. She believes she is much better off now and she will not sacrifice her peace for any further gender-based violence.

Sultana is a true example of passion and courage. Women in the informal economy need to be recognised as labourers instead of considered as a poor, deserving and insignificant part of society. They must be considered as producers and artisans. Their productivity has to be increased by imparting skill development training, improved technologies, direct access to credit schemes, effective marketing opportunities of their products. Different programs and projects can also play a vital role to empower them. Under the project of UN Women called Economic Empowerment of Women Home-based Workers and Excluded Groups in Pakistan a large number of HBWWs have learned about their rights and business opportunities. The project was implemented in some parts of Karachi and the district Thatta. Initially a baseline survey was conducted of 3500 women home-based workers, which helped in identifying the needs and assessment of these home-based workers. So far, hundreds of women have taken interest-free loans from a microfinance institution in both cities, and 2500 women HBWs and girls have been sensitized on pro-women legislation, provincial protection mechanisms on violence against women, and laws against harassment and domestic violence. Another 1900HBWs have received financial literacy training and 150 have been linked with an online platform where they can sell their products worldwide.