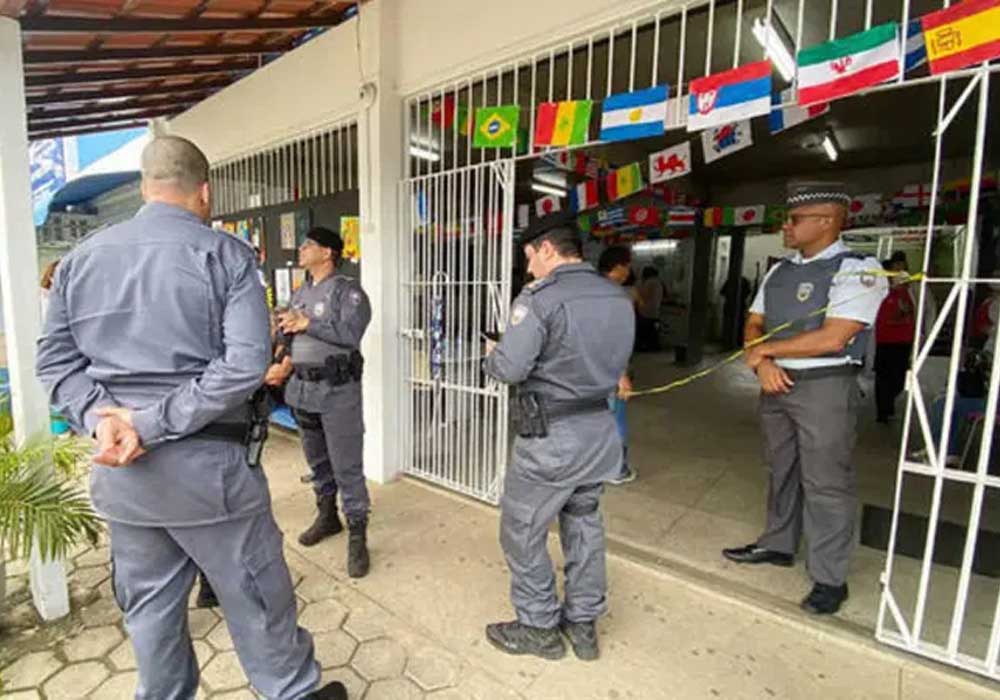 Authorities in the Espirito Santo state city of Aracruz reported that the shooter opened fire on a group of instructors at his previous school, killing two and injuring nine others.

He afterwards left that public primary and secondary school and entered a neighbouring private school, where he allegedly killed a teenage girl and injured two other individuals.

According to Governor Renato Casagrande, who also announced three days of mourning in the state, authorities have captured the shooter.

“He was a 16-year-old minor and a student at (the first) school up to June. After that, his family changed schools. According to the information we have, he was receiving psychiatric care.”

He claimed that some of the survivor’s wounds still posed a threat to their lives. He stated, “We are rooting and praying for them to recover.

The gunman was captured on security camera footage racing inside the school while armed and wearing military-style camouflage, according to Brazilian media reports. The staff rushed in horror as he ran through the hallways and started firing bullets.

He had a swastika on his fatigues, according to investigators, and they were checking into whether he had ties to any extremist groups.

The shooter, a police officer’s son, was alleged to have used two handguns in the attack, both of which were registered to his father.